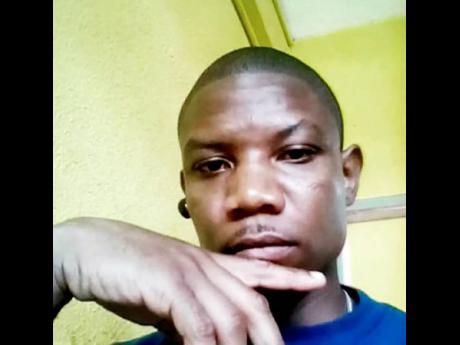 Rayon Williams is dying to get his life back on track. The 31-year-old has been in a hospital bed for the past 14 months - after being involved in a motor vehicle crash - and there is no telling when he might be back on his feet again.

Williams, who was admitted at the Cornwall Regional Hospital, needs a special medication, Osteoset-T, to help his leg to heal. His mother, Beverley Murray Llewellyn, said she has done everything possible to get the treatment but all were futile.

Murray Llewellyn is calling on the Ministry of Health and Wellness to intervene and help her son.

"My son is in pain and I just need help from the Ministry of Health to see if they can help to bring in the medication to Jamaica because in order for the bone to heal, they have to put that medication inside of it," she told THE STAR.

Williams suffers from a condition called osteomyelitis, which occurs whenever the bone gets infected.

He was involved in a motor vehicle crash in Montego Bay, St James, last April. Williams, who was driving a motor cycle, sustained a severe injury to his ankle, as the bone there was shattered.

Williams said that he has undergone three surgeries since the accident.

"What I would love to see is my surgery being done and successful so that I can go back to work, and get my life back to normal," he said.

"Since the accident happened, my life has not been the same. I went from being a very active person to being in bed all the time, not being able to doing anything at all. I can't work, which for me is one of the most important thing, because I love to work. It has been very difficult in so many ways, and you know no work means no income," he added.

Williams' mother said she was told by doctors at the Cornwall Regional that it would cost $200,000 to purchase the medication to help her son.

"We got the money and everything, and now it seems as if the doctors are not in any hurry to get it," Murray Llewellyn said.

"I went ahead and called some companies out here that distribute it, but they are saying the doctors are the ones who have to order it. I really don't know the reason why they haven't got it yet."

"I also called overseas and they said I have to order through a medical sales representative and I don't know anyone like that."

Williams is anxious for his medication to reach to hospital but at appears that its procurement and delivery has been caught up in bureaucracy.