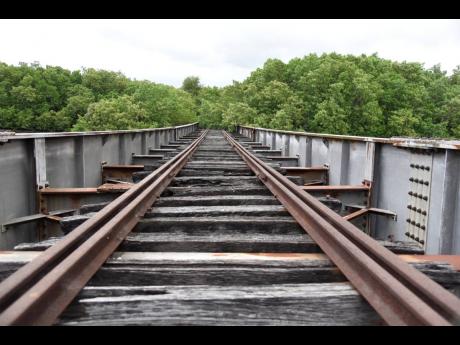 A section of the old train line in Seaview Gardens, St Andrew. 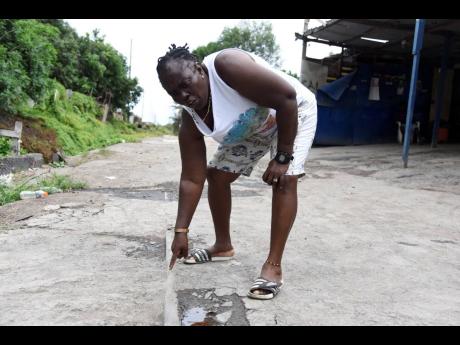 Beverly Frater points to what remains of the train tracks in Greenwich Town. Residents are excited by the impending revitalisation of the railway service.
1
2

A few residents of Greenwich Town in St Andrew are gasping in anticipation for the revitalisation of the railway service in the Corporate Area. This after Transport Minister Robert Montague announced that the trains would soon be in operation between downtown Kingston and Marcus Garvey Drive.

The residents reminisced on the 'good ol' days', as they termed them, when they used the railroad machines to traverse sections of the island.

"If me tell a man say me nuh wah fi see the government bring back the train a lie me a tell. Me want it back right now and me hope them nuh stop it after three months," Willow Wilson told THE STAR. "Travelling on the train a the best time fi me as a boy. It was a very good adventure back in those days."

Another resident, Beverly Frater, said train rides used to give her a sense of relaxation because it was a safe mode of transport.

"Nobody never use to take away people on train either, like with the taxis now, because once you take your seat, it is a comfortable ride to your destination," she said.

Making his contribution to the Sectoral Debate in the House of Representatives last Wednesday, Montague highlighted that the train rides will amount to some form of leisure trip and added experience for Jamaicans.

"Me use to love travel on the train because I could get to look at the beautiful scenery and it was just fun to see the new places. Me take train from Kingston go all the way to St Elizabeth," Frater added.

Montague on Wednesday said that once the Jamaica Railroad Corporation gets the units up and running, more persons within their area will benefit economically.

"This is an opportunity for the 'little man'," said Montague, stating that persons in communities that are located along the train route will have a chance to vend. Patrick Stamp sees himself benefiting tremendously from the rebirth.

"Bringing back the train would a be very good because me could a get a work over there to clean the train line or so, and now me a run a little shop right close to the train line, so me know that more people will be in this area to buy from me," he said. "Other youths in the community will be able to get a job too so."

"People would get jobs in the community to even open the gates to the station and one and two people in the community might be able to sell little stuff to people travelling on the train," Frater added.

"Back then, people use to sell fish and bammy on the train and it was a way for many to survive. Me honestly never expect them to cut out the train system for so long."

The public rail transport services ceased operating in Jamaica in 1992.