Alpart to hurt for engineers soon 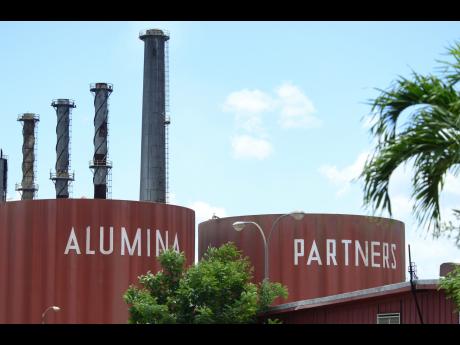 Twenty-seven young engineers who returned to the island after successfully completing nine months of training in China, are expressing gratitude for the experience and are eager to contribute to development projects at Jiuquan Iron and Steel Company (JISCO)/Alpart.

They are among 52 recent university graduates, who left the island in March for training in Bayer process technology and refinery operations under a programme undertaken by JISCO. All 52 engineers will be employed at JISCO/Alpart in Nain, St Elizabeth, on their return.

University of the West Indies electrical engineering graduate Joseph Keaveny, who was among the participants, said that the experience was valuable and he is ready to join the JISCO/Alpart team.

"I am looking forward to putting in the hard work to make use of this opportunity given. I was eager to take this chance to see where it takes me," said the St Andrew native.

Darrian Bryson of Manchester, who holds a bachelor's degree in civil engineering from UWI, said that the nine-month experience was "a fulfilling and eye-opening one.

"I was very excited to go to China because it was going to be a new experience that entailed meeting new people and learning a different language, and it was just that," he said.

Julian Keane, public relations manager of JISCO/Alpart, said that the initiative was born out of the need for additional engineers to work on several expansion projects underway at the St Elizabeth-based plant as well as on other projects.

JISCO/Alpart, which reopened in 2017, operates in 70 communities in the parishes of St Elizabeth and Manchester. JISCO is investing approximately US$6 billion to develop the Jamaica-Gansu Industrial Park and Special Economic Zone, alongside expansion of its mining operations.

The industrial park, which is expected to generate approximately 60,000 jobs, is pivotal to Jamaica's Logistics Hub Initiative development, which is being spearheaded by the Jamaica Special Economic Zone Authority.

Other Jobs to Go Stories