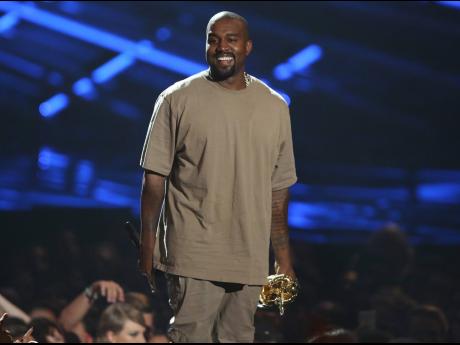 Last October, Jamaicans welcomed international rapper Kanye West and his Sunday Concert to the country with opened arms. Accompanied by his 120-member choir, the entertainer led a praise-and-worship experience like no other. The event drew people from all walks of life, from all over the island. However, 10 months later, some of his local fans are outraged and embarrassed by his recent viral episode.

West, who suffers from bipolar disorder, has announced that he would be running for president of the United States of America. Following his first campaign meeting on Sunday, his name became the highest trending topic on Twitter; many persons bashing him for his comments about Harriet Tubman, who freed 300 slaves between 1850 to 1860. West also said that he considered Kim Kardashian, his wife, getting an abortion in 2013 when she was pregnant with their first child, North West.

West then posted a series of since-deleted tweets on social media late Tuesday, suggesting he has considered divorcing Kardashian West.

Nicholas, who journeyed to Emancipation Park in New Kingston to see West and his 120-member choir live in action, told THE WEEKEND STAR that he was disappointed by his recent action.

"Me lose respect fi Kanye now. Me understand seh him have a mental issue, but him a big man and him know that him fans and followers a watch. Him afi get it together... him caa continue do all of these things in front a di world," he said passionately.

"Even after him seh all a dat bout Harriet Tubman and everybody start bash him, the yute go pon Twitter and start write up bare things... it nuh look good... me shame fi him."

Wednesday morning, Kanye's wife, Kim Kardashian West, said that his recent rant on Twitter was due to bipolar disorder. She described him as a "brilliant but complicated person."

"Those who are close with Kanye know his heart and understand his words sometimes do not align with his intentions," she wrote on her Instagram story.

But Nicholas, who says he was a 'super fan', won't ease up.

"And disorder or not, he is just saying things weh him believe deep down. Him genuinely believe and as a black person, me caa defend him no more."

Another fan says the rapper no longer has her support.

"Him sick inna him head and me nah pay him no mind! Me done wid him and him music because him nah practice weh him a preach inna the music. Him pick up gospel now and still a gwane wid the same foolishness. The man all a seh him did wah kill him daughter ... me caa support dat," she said.

Meanwhile, Howard, who was also at West's Sunday Concert in Jamaica, says his actions can't erase his legacy.

"Kanye delusional bad, bad. Him a me favourite rapper and he is a good producer but somebody need fi check him. I mean ... if him have a sickness as dem seh, why dem allow him fi a use social media? And the family have him a go out and a tarnish him legacy. Personally for me, nothing don't change because I'm already a fan, but that's just me," he said.

"You see because we inna Jamaica, we nah go really take no offence. If him did seh Paul Bogle neva do nothing now, dat woulda be a different case. Dem just need fi get him the help weh him need."