Up and coming artiste Buck 1 is dead 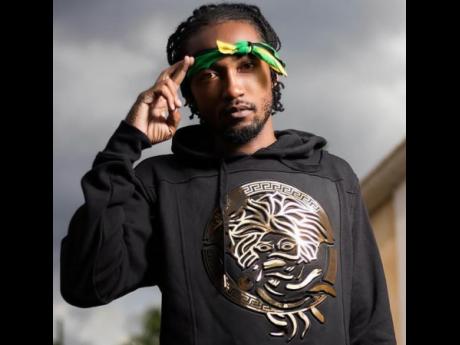 Up and Coming artiste, Buck 1

Up and coming dancehall artiste, Buck 1 is dead. The artiste who was a member of Charly Black’s Team Unstoppable, was among two men shot and killed in St Ann yesterday.


A member of the young artiste’s management team, confirmed the news with THE STAR a short while ago. She said the matter is being investigated by police and more information surrounding the entertainer's death will be released as soon as it is made available. She also revealed that no motive has yet been established for the killing but said there is speculation that the artiste’s death was a case of him being in the 'wrong place at the wrong time.'


Buck 1, whose given name is Lancelot White, was 29. He first came to prominence as a contestant in the Magnum Kings and Queens competition back in 2013. At the time of his death, Buck 1 was promoting his single, Rise We A Rise.

In an interview with THE STAR back in April, the young entertainer who was being assisted by Charly Black to gain his big break, said it was an awesome feeling to know that the diamond selling artiste was interested in helping others.

"It's a great feeling to know that someone as big as Charly Black wants to help young artistes like me. Knowing how the music business is in these times, and the numerous amount of artistes trying to become major, it's mostly hard for young artistes like me to reach that mark. So, I'm appreciative for the help and opportunity to showcase my talent to the world through the help of Charly Black," he said at the time. "Not a lot of artistes that already big in the music industry give their help or energy to uplift young talent like he does. So give thanks for artistes like Charly Black."