Pataskeng gets buzz with ‘Touch’ dance 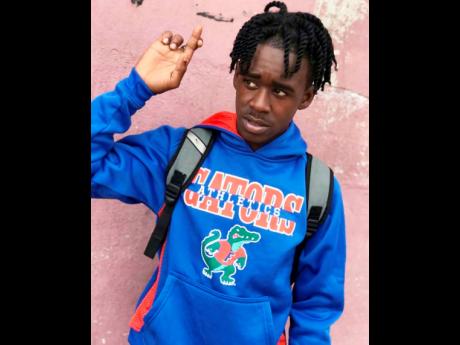 There is a kind of hyped energy that ensues whenever Kemar Highcon's ' Talk Bout' blasts through any speaker.

Thanks to 23-year-old dancer Pataskeng, that energy can be channelled through his contagious dance creation, Touch, the latest move to have the dancehall in a complete frenzy.

Pataskeng said the move was created in February as he vibed to a sound system with friends, and it gained traction after he performed it while at Magnum Wednesdays two months later.

"The selector was playing Talk Bout and every dancer was doing dem own thing. When the song pull up mi run out with it and everybody else start do it,' he told THE STAR. "The dance was not created for the song but the chemistry just work. Mi a get a lot of strength from the dancehall right now and mi a get some likkle bookings so it's a good look."

"Mi come from Arnett Gardens and me used to watch 'Mr Wacky' 'cause a Jungle him come from," he said. "When me go Trench Town High School me used to go the fete dem and a deh so mi tek on to the whole dancing vibes. From deh so mi mek mi first music video appearance when Gully Bop drop My God Dem Nuh Bad Like Me."

His first dance, Pata Shake, was endorsed by I Waata, who recorded a complementary single last year, helping to spread his name on the local dance circuit. His follow-up dance, Steph Curry, was unveiled earlier this year.

Pleased with his current buzz, Pataskeng has ambitions of becoming a household name in the international dance arena.

"Anybody who nuh know Pataskeng in Jamaica no born yet, me always use mi creativity fi spice up mi dancing for people to like it," he said. "As a young sensation coming up, I have something different from other dancers. You have bad dancers out there and other dancers mi look up to, but me have something unusual 'cause from yuh see me dance yuh haffi laugh and seh me bad. Mi bring fun to dancing and mi have more projects fi drop but mi a gwaan put in the work 'cause everything takes time."