My boyfriend is too ‘girly girly’ 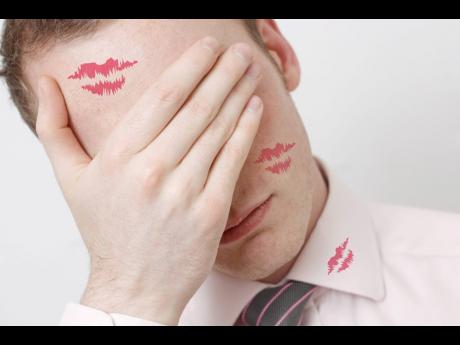 I did not have any problems with him until he started to come to my church. Suddenly, all the girls are seeing him and all want him and he is excited about that. Whenever I suggest to him that he should be careful and not get so close to these girls, he tells me that I am too jealous and that he can protect himself. He used to allow me to use his phone, but now he keeps his phone in his pocket and he turns it off when he is around me.

I like him but I do not want a man who goes out with different girls all the time. His father is Jamaican but his mother is not. He told me that, if he did not go out with different girls, he would not be Jamaican. One reason why I am still sticking around with him is because he took my virginity. But I regret having sex with him. He is talking about us getting married. I told him that we could get married if he allowed us to have two sessions with his father, because he blames his father for everything that went wrong with the relationship between his mother and father. Although his parents are not living together, his father has not moved another woman into the matrimonial home; he is living alone. But his mother has a male visitor and his father knows.

I suspect that my boyfriend is having sex with other girls and these are not girls from our church; these are other girls. He likes sex but he has not touched me for weeks. So his sexual appetite is being met, I believe.

You should be careful not to judge this young man. You do not know what is going on. He has got himself a job and he has also found himself with much more time to associate with the opposite sex. Whether you would like to admit it or not, you are a bit jealous of him. You don't like to see him associate with different girls because you are afraid they will take him away from you. But don't worry. If a man wants to leave a woman, he will do so regardless. If he wants to stay with her, no one can take him away. You just continue to be cool and don't stress yourself over this man. You may be right about him having sex with other girls but, on the other hand, he might not be doing so.

The girls in the church will soon realise that he is nothing to be running after. He is behaving like bubbles that will soon burst, and when bubbles burst, you can't put them back together. Make sure you keep yourself as a young woman who men will desire to have. I repeat, do not stress yourself over this man.