My 12-y-o says she always thinks about sex 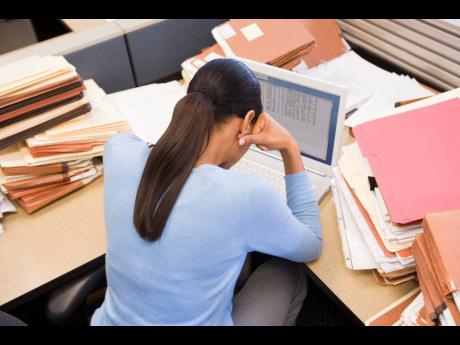 I am having a problem. I have been carrying on a long-distance relationship for four years. My boyfriend lives in the USA but I live in Jamaica. I have two children from two different relationships -- one is 12 and the other is 24. I don't have to depend on their fathers for anything. I have a good paying job, but I like companionship.

My 12-year-old daughter and I are very close, and she talks to me as a sister. I was surprised recently when she told me she would like to have the experience of having sex. I was not expecting that. I told her that she should wait for a long time because sex is for adults. You should hear the type of grown-up conversations my daughter and I were having. She told me about her classmates who are having sex. She said it has not affected them and she said her teacher said that if a girl can see her menses when she is very young, she should be allowed to have sex.

I told her that if she is thinking about sex, she should tell me if there is somebody she has in mind. She said no but she keeps thinking of sex all the time.

Here is what is shocking: My daughter told me that she admires older men because younger boys are too immature. This is the first time I was not sure what to say to her. I was not able to give her the proper counselling that she needed.

Something went radically wrong between you and the training of your daughter. How could your daughter cross the line of parent and child so soon? There are some things that you would not expect your daughter to ask. It is natural for children to want to know where they came from, and that's why some parents lie foolishly by saying that aeroplanes brought them into this world. Children need sex education but children do not need to practise sex relations to know how to conduct themselves. So, for your daughter to tell you that she wanted to know how sex feels is rather surprising and unusual.

Children are exposed to sex everywhere. Your daughter sees and hears you on the telephone talking to your boyfriend or to other guys; she probably hears you telling him that you are lonely and would love for him to be here. Sometimes you may talk to your daughter and unconsciously tell her that you are longing to see him, and she wonders what that experience would be even for her at a tender age.

I doubt very much that she was trying to tell you that she wants to be bad. But what you should do is to impress upon her that although a girl may see her period from a tender age, it does not mean that her body is fully developed for sexual intercourse, because sex can also cause pregnancy and a whole lot of responsibilities.

Learn to give your daughter short answers to her queries. The time will come when she will be ready for sex. But she is no way ready, although she thinks she would like to experience it.

Let your daughter know that she should enjoy her youth and as she grows, the body is being geared for reproduction, and it would be much better to wait until one is fully matured before one engages in sexual intercourse. Also, tell her that it is illegal for anyone to have sex with her while she is under the age of 16, and even when one has reached that age of maturity, or consent, she is not fully ready to give over her body to a man.

Encourage her to talk to you freely about how she feels; try and become her best friend and counsellor. A final warning to you, do not consider what your daughter said to you lightly. Perhaps she has heard a lot from her classmates or seen a lot because she has been left unsupervised. Remember that some children have been watching porn from the time they were very young and they feel that it is something that they should practise. So, please don't talk to your daughter harshly; try to protect her and give guidance in any way you can. I wish you well. You have an awesome responsibility to take care of your daughter and try to do the best you can.