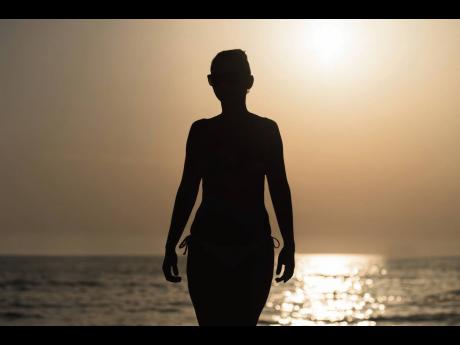 I am a huge fan of yours. I pray that you will try to keep safe and keep giving expert advice. This is my first time writing to you. I never thought I would end up doing so. I am 21 years old. I have what most people would consider a 'Coca-Cola bottle' shape. I always seem to attract the guys who want to have sex with me but are ashamed of owning me in public.

I grew up with low self-esteem. I started having sex at 13 years old. I got caught up with men who were nice to me. So after being used by a large number of them, I gave up. I got a job at a hotel in Kingston. I met a guy who seemed to be a gentleman and he was very handsome. He is 25.

He would assist me when lifting items, open doors for me, and these little things. I was fascinated by him, but he did not show any sexual interest in me. He just seemed genuinely nice. I always found an excuse to be around him, and we exchanged numbers after a while. He has a car, and I found excuses to ask for a ride.

Everyone at work likes him and the females are going crazy over him, but he shows no interest in them. One day, while waiting for him to give me a ride, I hid and was listening to his conversation. He was telling a female on the phone that washing, cooking, and cleaning isn't everything. He wants sex like how they used to have a couple times a day before. He said that after the baby, she seemed to lose interest. I took this as my chance, and I started dressing more sexy and flirting hard with him, and I noticed he started responding to me.

One evening while giving me a ride home, I ensured that I took off my panty before getting into his car. While driving, I took his hand and put it under my skirt. We ended up having sex right there. He didn't have condoms, but I had bought some in anticipation. We eventually got involved, and the sex was mind-blowing, and we would do it anywhere and any time, even at work.

After a few months, he moved out on his child's mother. Everything was great for about four months. Then the sex started getting less, and he started getting moody. He even started to verbally abuse me, telling me that sex wasn't everything. I wanted to know what was happening, but his phone is coded, and he has fingerprints on it.

One night, I ensured that he was sound asleep then I unlocked his phone with his fingers. I saw where he was confiding in his brother that he missed his family. Also that he wanted to go back to her and that he was not happy with me because all I can do is have sex and he is tired of that now. I saw where he messaged her every day, begging her to take him back, and she read the messages but did respond. He has her stored as his 'wife for life'. My number did not even have a name in his phone. I realised that his child's mother and him shared a lot. I was upset, and I used his phone to text her some dirty things, pretending to be him. She read the messages but did not respond. Then I attacked him about it. He was upset that I had searched his phone. Then he told me that his child's mother is the best thing that ever happened to him, and I was just a fling that the fire has sizzled out of. I was mad and started saying things to hurt him. He told me not to come back to his place. It took him a while, but they eventually sorted out their problems, and he gave up the apartment and they got back together.

I was bitter, so I tried to get him to lose his job. It turned out that I only made myself look like an idiot. I got fired for causing mischief as I had no proof. I found out that this guy had never got involved with anyone at work, and there were some beautiful females there who threw themselves at him daily.

I still want this guy. He has blocked me. But I'm living in misery as I see him with his wife every day.

But I'm not comfortable in my skin.

This guy took advantage of you. From the very beginning, he saw that you were not (as some people would say) "righted." He should have been more careful and not have fallen into your trap. So he cannot be excused for what he did to you.

I pray that one day you will wake up and come to your senses, and I hope that day will come very soon.

I shall be praying for you.