I wish my man was educated 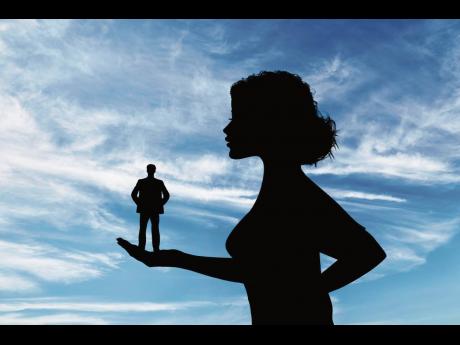 I hope you're doing well in times like these. I am 20 years old and I'm living with this man. I'm having a minor problem with him. He is not all that educated and he has no subjects, but Pastor, believe when I say he can do just about anything. He has more than two jobs, and he's planning on opening a business for both of us even though he is the one sending me to college. I don't regret one moment with him, but I would love for him to have his subjects.

He can read and write and do calculation. He's the one that helps me with my schoolwork sometimes. He treats me well, even the first time I was at his house when I began to menstruate, and he was the one who took me to the bathroom and even washed my underwear. I don't know where in life I would be without this man, but I don't know how to tell him that he needs to go back to school and get his subjects. I don't want to hurt his feelings and cause him to change his mind from me. We have been together from I was 16, and he got me pregnant at age 19, but he said I should still remain in school.

He pays his mother to keep the baby, but the mother argues that she should not be getting money to keep her only grandchild. His parents love me as well. Sometimes I'm home from school, and my dinner is prepared. When I have my bath, he lotions me and brings me my dinner. Even some of his friends suggested that I should leave him after I graduate, but I told them I am not that type of girl.

Part of your problem is fear. You are fearful that this man would overreact and tell you that he does not have to be educated because he has done well without formal education. So hear me now. You have a mighty big role to play. You are this man's main teacher. True, he does not have CXC subjects, but you have, and you can make this man feel big by teaching him. You can make the time to teach him at home. He does not have to go to the classroom outside of the home. You can organise your time and impress upon him why he needs to have his subjects and how having an education can make him a better person.

I am not suggesting that it is going to be easy. But you have this man covered already. Half the problem is done because he loves you. And you can rub his head and not rough him up when he makes his mistakes. So set up a schedule and agree on the subjects that he should start studying.

I would suggest that you do only two or three subjects in one year. Make sure English is one. Make sure he learns accounts and management of business.

Now, if while you have set up the school and you run into trouble, you will have to seek help to assist you in getting the correct answers, etc. If your man could see the need for why he should have these subjects, he will listen to you. However, if you talked to him as if he were not intelligent, he would not appreciate it, and you won't get him to move a muscle. So I would say to you, try and homeschool your man.

Spend the next few years working with him. He might eventually be in a position to do his exams and pass. But if he is willing to go to evening classes, encourage him, but begin by becoming his number-one teacher.

You may also have to offer him incentives, but that would be up to you.