Should I tell my wife I had sex with her cousin? 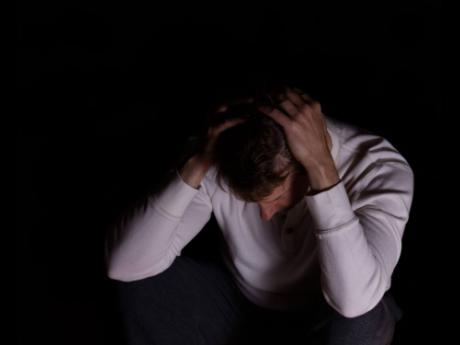 I am 25 years old and I am a practising Christian. I used to attend a church where my parents raised me. Later, I fell in love with a woman I knew from the time she was a child. We are from the same community.

I was sitting next to my wife and she squeezed my fingers and asked me if I had anything to confess to her, but I didn't answer.

When we got home from church, she asked me again and I asked her, 'Do you have anything to confess to me?' She said she told me everything before we got married.

Now, this is the problem. When I was 15, she had a cousin who was 14. We were always playing around, and this girl was always teasing me and' feeling me up'. She was rude.

One day she asked me if I had ever had sex and I told her no, and she pulled me behind the house. Nobody was home at the time. She pulled down her underwear and told me to come.

I had sex with her that day. I wasn't even thinking that I could have got her pregnant. It was not the first time she was having sex. I promised myself that I wouldn't do it again.

That was the end of it. We remain very good friends and always chat. She is now married.

When my wife asked me if I have anything to tell her, that came to mind, but I never said it to her, or to anybody for that matter.

I don't remember the scripture that the visiting preacher used, but I don't want to tell my wife because it was a long time ago.

And since we are married, we have a good relationship. I am sure if I tell her, she would curse her cousin and call her worthless and cheap.

This girl and her husband are also attending the church. So, I don't think I should say anything. But I am seeking your guidance, and I hope to hear from you soon.

Don't allow what this visiting preacher said at your church to disturb you. To me, your situation is long past. Young people from time to time do crazy things. Your wife's cousin was a teenager and she had sex. It is not unusual for girls to question guys who are in their age group as to whether or not they are sexually active, especially if they live in certain communities.

Girls sometimes playfully touch up boys. They always look at their pants front and if they see that it is not 'buff', they tease the boys and tell them that they are not carrying anything. Sometimes they embarrass the boys; and sometimes it is an invitation from the girls to let them know that they would like to have sex with them. You yielded to what this young lady did. It was a one-time shot, and it has never happened again.

You got married to her cousin. Both of you are Christians. Both of you are serving the Lord. This girl and her husband are always attending the same church. Can you imagine what would happen if you were to relate to your wife what happened between yourself and this girl, when you all were young, and your wife would ask her about it? It would cause a big problem in the church and in the family. So, I say to you, keep your mouth shut. And if your wife should ask you why is it that you are not confessing to her, tell her that she is not God, and all confessions should be made to God and God only.

And, as a matter of fact, you know that it would not help your marriage, so you are not prepared to talk about your past. I hope you will follow my suggestion and keep your mouth shut on that matter.