His friend is trying to get with me 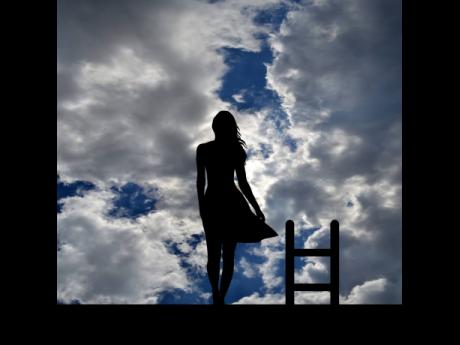 I am 20 years old and I fell in love with a man. I really thought that he loved me because he used to give me money every week. I introduced him to my parents and they liked him. I am living in Kingston. He lives in the Portmore area but he works in Clarendon. He told me that he stayed at his boss's place but he was lying. Every weekend he bought me grocery.

I have two children for two different men. The father takes care of the second one, but when I ask the first child's father for money, he is always telling me that he has no money and I should let my second child's father support him because when I was with him, I was keeping this man with him.

Pastor, believe me, nothing went like that. And the only reason I went to bed with the other man who got me pregnant was because of needs. My parents didn't always have money to give me and my mother was always throwing words at me and saying that she spent so much money to send me to good school and instead of turning out to be something good, I brought home belly.

My father one day said to her, she shouldn't tell me that because he had to rescue her because she too had a child when she was young. And he took her with that child and took care of the child and he never threw it in her face.

The guy who I have the second child for is a doctor, but I couldn't call his name because he is married. He begged me not to talk because it would be a big disgrace on his family. Sometimes I know I can get more out of him but I made a pledge that I would never cause anything to break up his family. He is sending his child to a very good school.

Gives me an excuse

Now, back to this present man who works in the country. I have never been to his home. Every time I tell him that I want to know where he lives, he gives me an excuse. He is a liar. He is not staying at Clarendon or at his boss's place. He is living with a woman down there and he has two children with her and one on the way. I found out from a good friend of his who wanted to have an affair with me. This friend is interested in me and he told me that his friend doesn't mean me any good. I asked him for the woman's address and he gave me.

One day I left Kingston very early and I went in search of the address and I found it. I was just in time to see him coming out of the house in shorts. I don't know how he did not get a heart attack when he saw me. I raised my voice at him and his children's mother came out and asked him who I am and he said just a friend.

Pastor, he begged me not to say anything to the woman. He wanted to know how I found him, but I didn't tell him. I left and came back home. The Saturday he came to see me and was begging me not to leave him. His friend who told me about him is now doing everything possible to get me to have a relationship with him.

I told my parents that this guy is living with a woman in Clarendon and they can't believe it. His friend is telling me that he is different and he will treat me well. I don't want any man in my life right now. And it would take me a long time to get involved with any. I feel very hurt.

It is unfortunate that you have had relationships with men who lied to you. The second man who got you pregnant was married and perhaps he didn't tell you that he was married. I am glad that he is supporting his child.

This guy who pretended that he works in Clarendon and lives at a house that is owned by his boss, has really done you wrong. He was lying all the way. But when you observed that he had never taken you to his house, you should have picked up that something was wrong. So I would say that you were a bit naive.

His friend who told you the truth about him only did so because he has his motive. And his motive is to become sexually involved with you. At least that was part of the reason he told you. So I would say that you should be thankful that at least he told you what you did not know about this man. But that does not mean that you should become intimate with him. He wants to come and use you too. So, don't even give him a second thought.

You are 20 years old. You have made your mistakes, but you are not too old to go back to school and pursue a career.