Not sure if my friend molested me 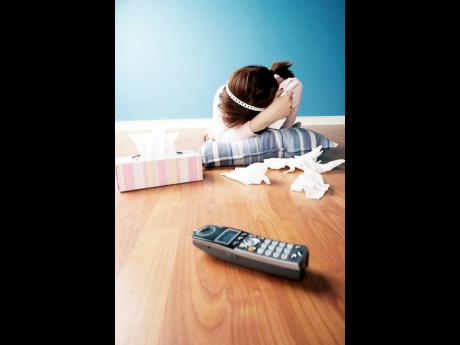 I want to ask you something. But first, I went to a friend's house for a week (he was like a father to me). The night I went there, he wanted to have sex with me. He didn't force himself on me or anything. I started feeling uncomfortable as there was only one bed, so I went and lie down at the bottom edge of the bed.

Pastor, I do not sleep dead. When I woke up, I felt wet (my vagina) and I was feeling a little bit of pain, but it didn't last long.

I asked him if he had touched me in my sleep and he said no. I did not believe him, but Pastor, I was in a long pants and a blouse and I woke up in the same position in which I was sleeping. My clothes weren't unzipped or anything, so I find it weird.

Pastor, today in class, the women were saying how their babyfather had sex with them in their sleep. I asked how is that possible, and the teacher said that they can rub things on their hand or throw or blow powder on you during sleep and have sex with you while you're sleeping.

The question I want to ask is: Do you think that this man did the same to me?

Once in a while my vagina will feel wet when I'm not asleep or lying in bed, so I don't know what to think.

The pain I was feeling could also occur because I didn't stretch my foot out while sleeping, and I was at the edge of the bed. Pastor, is this possible? If he did this to me, I want God to give him a harsh beating. I look forward to your response. Enjoy the rest of your day.

You have not given your age, neither the age of the man, but I gather that he is much older than you. You went to spend time with him. He asked you to have sex with him, but you did not agree. But both of you slept on the same bed. You believe that even in your sleep you are in control. Of course, that is what you believe, but anything can happen when a person is sleeping.

I do not know whether this man had sex with you. But I know that on my show ('Dear Pastor'), many women have told me that while they were asleep, their men had sexual intercourse with them. And they only realised what happened after they woke up. I repeat, many women have said that on air on my show.

One regular female caller said her man would even cut her underwear to gain access, and he did that many times while she was sound asleep.

I repeat, I cannot say whether this man had sexual intercourse with you, I am only telling you that anything is possible.

Your teacher and friends have said that men have ways of getting to a woman while she is asleep. I have heard of this powder 'business' and how they can sprinkle it on you so that they can have their way with you.

You heard that from the women. It is strange that you suspected that something happened by what you felt. The man denied that he did anything. You may either believe him or not believe him.