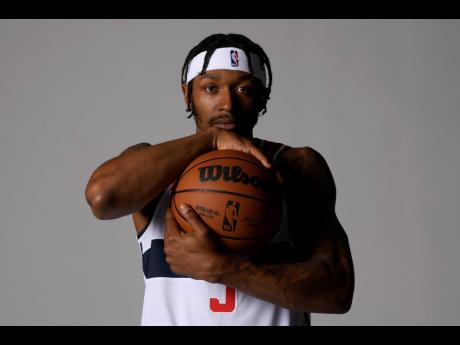 And Brooklyn guard Kyrie Irving is keeping everyone guessing.

The NBA season arrived Monday with media days in advance of training camp, with the ongoing pandemic as much if not even more of a topic than basketball. This will be the third season affected at least in part by the pandemic, almost certainly not the last, and some teams revealed that their rosters are 100 per cent vaccinated entering the season.

Same goes for Giannis Antetokounmpo of the NBA champion Milwaukee Bucks, who still isn't totally sure if the vaccine will present issues down the road.

But much like sentiments expressed by Portland's Damian Lillard and Memphis' Ja Morant, Antetokounmpo -- a father of two -- said his family played a major role in his decision to get vaccinated.

"I did what was best for me and my family's safety. ... You do whatever it takes for you and your family to be OK," Antetokounmpo said.

The Spurs have a fully vaccinated roster, Popovich said. The New York Knicks and Los Angeles Lakers said last week that they would have the same, and some other clubs -- including Utah, Portland, Houston and Charlotte -- said they were at the 100 per cent mark.

Other teams are close to being fully vaccinated.

Miami will be by the start of the season, a person with knowledge of the situation told The Associated Press, speaking on condition of anonymity Monday because the Heat vaccine rate has not publicly revealed by the team.

Toronto general manager Bobby Webster said the Raptors are "one dose" away from being there, as did Atlanta GM Travis Schlenk.

Leaguewide, the rate is believed to be around 90 per cent and climbing.