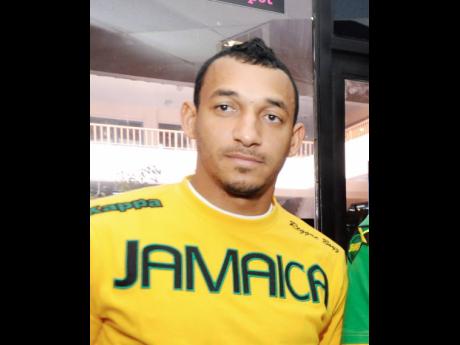 For former national defender Tyrone Marshall, an opportunity has presented itself to become a head coach in Major League Soccer (MLS) with FC Cincinnati in the midst of a turnover at the club.

Marshall was appointed interim head coach of the club yesterday for the remainder of the season in the aftermath of the firing of Dutchman Jaap Stam as well as assistant coaches Said Bakkati and Yoann Damet. The change comes as the club is currently near the bottom of the Eastern Conference with 20 points from 25 games. They have only won four games so far this year.

Marshall, after years as an assistant coach with MLS franchise Real Salt Lake, joined the club's academy coaching staff last February and, according to club president Jeff Berding, is in line for a possible head coach job in charge of their MLS2 team affiliate once it is launched. He said that he believes that Marshall is the ideal person to steer the team for their remaining games

"Tyrone has been a valuable addition to our coaching staff since he arrived earlier this year with plans to be the future coach of our MLS2 team. He has shown his coaching ability and leadership qualities and he is the right person to inject new energy into the locker room and help our squad finish 2021 strong with an eye to the future," Berding said on the club's website.

Additionally, Berding said that the coaching change was the right time as they look to bring aboard a new general manager to replace Gerard Nijkamp who parted ways with the club in August.

First at a major club

This will be Marshall's second head coaching job but his first at a major club. He got head coaching experience with the United Soccer League, Premier Development League team the River City Rovers in 2014 before moving to Real Salt Lake the following year where he would spend six seasons.

Since making their MLS debut in 2019, Cincinnati have not made the play-offs and have finished at the bottom in the eastern conference for the past two seasons. Marshall joins former national goalkeeper Ryan Thompson as Jamaicans who are currently in head coaching positions this season in the United States. Thompson was appointed the permanent head coach for United Soccer League championship team Austin Bold earlier this month.

Marshall's first game as head coach will be tomorrow against Toronto FC at 6 p.m.