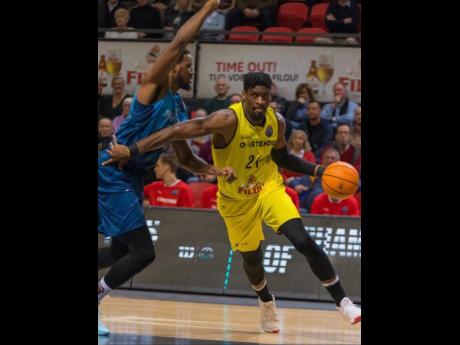 Clarendon native Thompson, who will wear the No. 21 jersey, joins another Jamaican, Dylan Ennis, who plays for Zaragoza in the Liga ACB. Other Jamaicans who plied their trade in the ACB are Samardo Samuels and Jerome Jordan.

The 27-year-old Thompson, who is revered for being one of the most dominant big men in the European leagues, was elated at his latest move, which he hopes will propel his career to greater things.

"Playing in Spain is like a big accomplishment because it is one of the biggest leagues. I really feel good about this move, and I am excited to play at Fuenlabrada", said Thompson.

Last season, Thompson played with Belgian team Oostende, where he was the top rebounder in the Basketball Champions League with more than 10 rejections per game. The seven-footer also backed up that tremendous defence with offensive mettle, averaging 13.5 points per game.

Ferran Lopez, sports director of Urbas Fuenlabrada, says he is glad to have the Jamaican centre as he brings a lot of size and presence to the team.

Fuenlabrada is winless in five outings thus far this season, and Thompson is expected to be in the line-up this weekend when they face Baxi Manresa on Saturday.