Speid hopes loan deal will open other doors for Hamilton 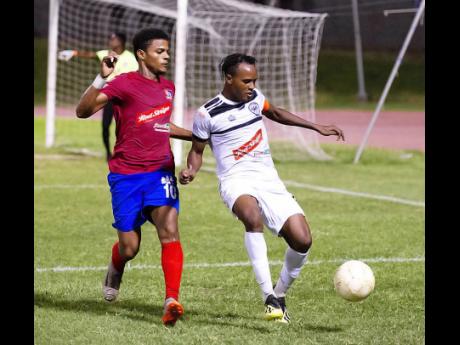 Rudolph Speid, Cavalier technical director, is hoping Nicholas Hamilton's proposed loan move to Scottish Premier League side Dundee United will materialise into even something greater for the 23-year-old forward.

Hamilton, who was suppose to join Canadian Premier League (CPL) side York 9 FC for the newly formatted CPL league season, was unable to join the team due to coronavirus travel restriction.

But York 9's coach, Jimmy Brennan, was so impressed with what he saw of the attacker from his highlight videos that he ask the Scottish club to take the Jamaican forward on loan in an effort to give him experience and to keep him fit until he is able to join up with the Toronto-based team.

But Speid, who admitted that he never saw the move coming, said it is a glorious opportunity for the player, and he hopes it results in even other opportunities for him to continue playing in Europe.

"The whole idea of going to Canada was so that he could be seen by more eyes. And we always thought that a move would be on the cards once he gone there and give his best. But this particular move is even better because he is in Europe faster than we expected, so he will have even more eyes on him now.

"We are hoping that it will open doors for him, as in Europe it is their business to spot players and bring them along, so we are glad for the move and we hope this really works out better," he said.

It is understood that Dundee has already agreed a deal with York 9 and the player's paperwork and work permits have all been sorted.

He is expected to start preseason training before the end of the month, and Speid believes that the Hamilton's qualities will bring him many admirers.

"One of Nicholas biggest strengths is that he is uncanny, and he is as good as anybody with his first touch and close control. I believe that is something that will take him very far, as his exceptional first touch will cause problems for any opponent.

"He is creative, he has speed and a very good football brain, and I think that is enough for him to get through. So I see him building on that and he can become a real top player," he commented.

Hamilton registered five goals in the last Red Stripe Premier League season, which was cancelled by the Jamaica Football Federation because of the world health crisis. However, in the 2018-2019 season, he netted 10 goals to help Cavalier to the semi-finals.

York 9 finished fifth in the just-concluded CPL season. In the final, HFX Wanderers, the club of his former Cavalier teammate Alex Marshall, lost in the final to Forge.