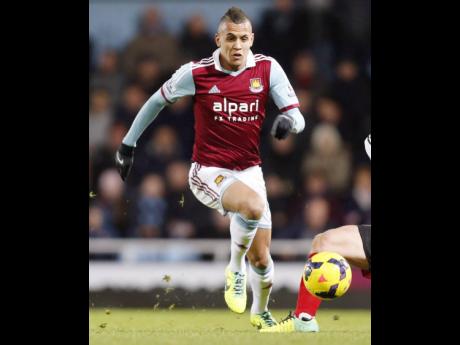 Jamaican senior men's target Ravel Morrison is once again on the move as he has joined Dutch Eredivisie club ADO Den Haag.

Morrison was officially unveiled yesterday, signing a one-year contract with the club.

The 27-year-old English-born midfielder has been a free agent since August after being released by English Premier League outfit Sheffield United, with which he signed in July 2019. He only made one league appearance for the 'Blades' before going on loan to Championship side Middlesbrough in January. Den Haag will be Morrison's seventh club in the last five years after previous stints in Italy, Mexico, Sweden, and the English second tier.

Den Haag Technical Director Martin Jol said that the club could help to achieve the potential of the former Manchester United player who was described as a teenager by former manager Sir Alex Ferguson as "the best player he had seen at that age".

"The compliments of Sir Alex Ferguson were there for a reason, but Ravel has actually not quite fulfilled his great promise. His forays in other countries did not promote continuity in his career, but we hope that Ravel can show his qualities on the podium of the Eredivisie," Jol said on the club website. "We are convinced that with his great talent, he can not only help our club, but also help himself to get ahead again."

Morrison said that he hoped to showcase his abilities with his new team.

"I have a very positive impression of this club. I hope to be able to make a lot of playing minutes here. I had to be patient last season, and football is really my passion. I would also like to show that to the fans," Morrison said on the club website.

Den Haag are winless to start the new season, suffering two defeats from their opening two games and are currently in 15th place. Morrison could make his club debut as early as this Sunday when they travel to sixth-place Feyenoord.