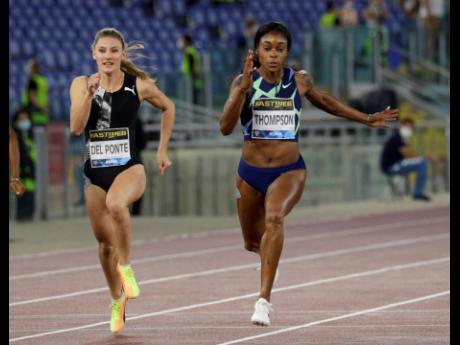 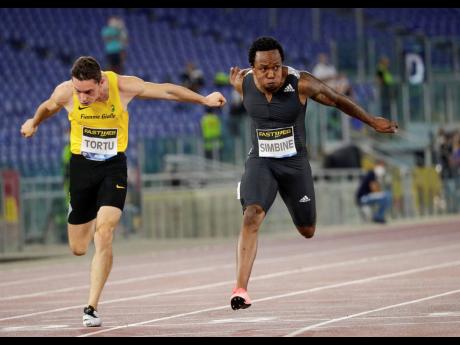 Double Olympic champion Elaine Thompson Herah dominated in her first race on the European circuit this year when she blitzed to a world-leading time in the women's 100m at Rome Diamond league in Italy yesterday.

Thompson Herah, who trains at MVP track Club, stopped the clock at 10.85 seconds, ahead of Aleia Hobbs of the United States, who came second in 11.12 seconds, and Ivorian Marie Ta Lou in 11.14 seconds. The new world-leading time eclipses the 10.86 seconds set by four-time world 100m champion Shelly-Ann Fraser-Pryce at the Velocity Fest track meet in Kingston on August 22.

In the men's 100m, Julian Forte finished sixth, crossing the line in 10.15 seconds. The race was won by South African Akani Simbine in 9.96 seconds. Ivorian Arthur Cisse finished second in a season-best time of 10.04, while Italian Filippo Tortu came third in 10.09 seconds.

Among the list of great performances at the meet, Sweden's Armand Duplantis won the pole vault event, breaking the world outdoor record with a leap of 6.15m on his second attempt.

Thompson Herah and Forte are among the handful of MVP athletes who managed to make the trip to Europe to compete in selected meets.