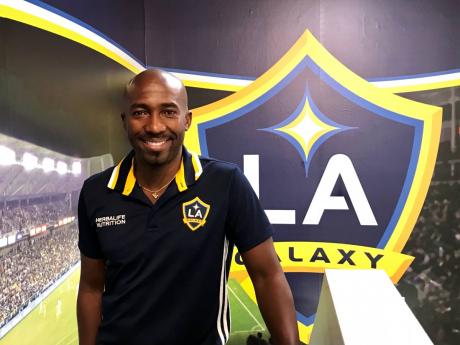 LA Galaxy youth head coach and former Waterhouse footballer, Bryan Wallace, said he is willing to coach the Jamaica's under-17 or under-20 team for free, if given the job.

A former Camperdown Manning Cup star, Wallace only played a handful of games for Waterhouse before migrating to the States in the early '90s, where he played for Mount San Antonio College and California State San Bernardino University. He fell in love with coaching at a young age and after completing his coaching licence course in the US, he spent another seven years in the Netherlands furthering his coaching education at clubs like Willem II, ADO Den Haag, Ajax, Heervenveen, and De Graafschap.

Since acquiring his qualifications, he has worked as assistant director of the United Football club in California and coach of American Global Soccer School, where he admitted he learned most of his coaching. He also coached at University California Irvine for four years and Cal Poly Pomona for three years, and worked as an assistant at Chinese second-tier club Shijiazhuang Ever Bright.

In 2018, he joined the LA Galaxy in the youth department as head coach. Wallace, who has been longing to contribute to the national football programme, says he is willing to do it without pay.

"My biggest ambition is to coach at the national level. For the last three to four years I have been trying to reach out to the JFF, trying to get a job. My goal is to be the head coach of the under-17s or under-20s, and I have offered to do it for free," he said.

Even though he would bring other top coaches to work with him, he does not need a salary, just for the federation to ensure that travel and accommodation expenses are taken care of.

"I have never asked for a salary, if they take care of my expenses. How I get there and get back, no problem, I will do it for free. That's how much I want to do and give back to my country," he continued.

Wallace has been reaching out to the federation for the last four years in an effort to get into the programme, however, the feedback from the hierarchy has not been very encouraging.

"I got a little bit of response two years ago when I was in China. They told me I have to move back to Jamaica, but I said I can't because my life and family is here (US). The under-17 and under-20 world cups are every two years and the team is not training all the time, so there is a way to compromise to make it work.

"I am hoping with the recent changes in the world, they will be more open to have a conversation of compromise. But I don't think a lot of coaches coaching at my level that are Jamaicans are going to do this for free," he noted.

"I am 100 per cent certain I can make a difference. I have the experience, I can bring staff that is good enough to develop youth players and develop national players to a different level. So that is my hope (to coach national team), and I will keep trying until a door opens," he added.