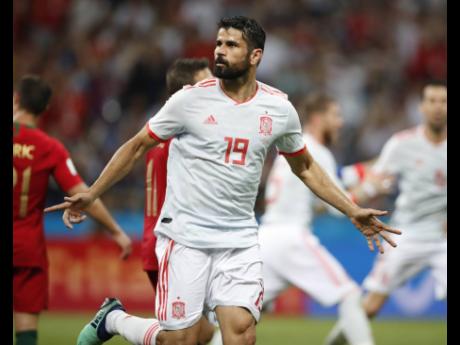 Costa was given a six-month suspended sentence after reaching a deal with authorities to pay more than EU500,000 (over J$80 million).

The striker appeared briefly at a Madrid court to finalise the deal with authorities.

Spain has cracked down on tax fraud by football players in recent years, including Lionel Messi and Cristiano Ronaldo, and coach Jose Mourinho. None of them did prison time, but they all paid hefty fines.