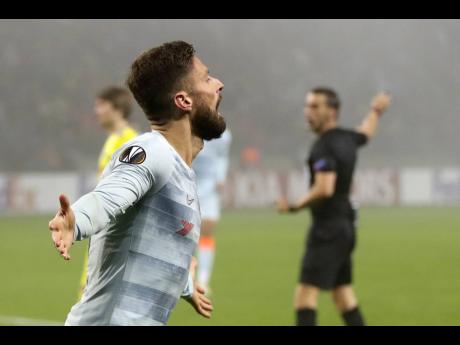 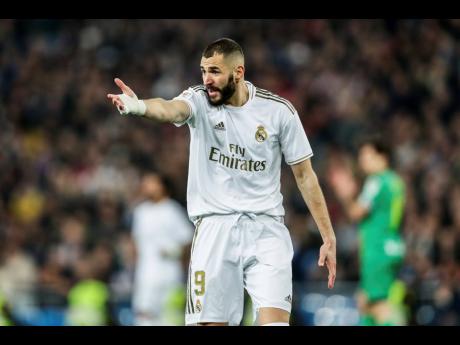 Karim Benzema made an unflattering comment about fellow forward Olivier Giroud, comparing himself to a Formula One (F1) car and his former France teammate to a go-kart.

Benzema has nearly 250 goals for Real Madrid and won four UEFA Champions League titles. He was holding a live-chat session on his Instagram account on Sunday when someone asked him if Giroud, who has more than 200 goals in his entire professional career and has won four FA Cups, was better than him.

"I'm going to respond to you and all of those who are watching, it won't take long. It won't take long, guys," Benzema replied. "You can't confuse F1 with karting ... and I'm being kind."

I TOLD THE TRUTH

"I told the truth, quite simply. But people didn't retain when I spoke about what he brings to the France team," the 32-year-old Benzema said. "People just remembered when I said I was F1 and he was karting. That's what I think."

Justifying himself further, Benzema placed himself below Cristiano Ronaldo - his former Madrid teammate who is at Juventus - in the same way.

"R9 (Ronaldo wore the No. 9 jersey in his first season with Madrid) is Formula One, and I am karting," Benzema said. "That's the way it is."

Several years ago, Benzema lost his place in the France side in the wake of his alleged involvement in an extortion scam over a sex tape involving then France teammate Mathieu Valbuena.

He has not played for Les Bleus since scoring twice in a 4-0 home win against Armenia in October 2015, taking his tally to 27 goals in 81 internationals. He lined up alongside Valbuena in that match.

After Benzema was dropped by Didier Deschamps, Giroud settled into the France side as its centre forward. He helped France reach the European Championship final in 2016 and to win the World Cup in 2018 although he received some criticism for not scoring in that competition.