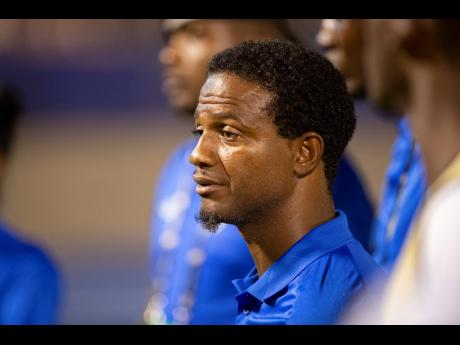 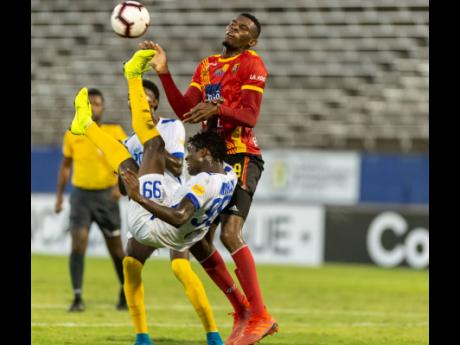 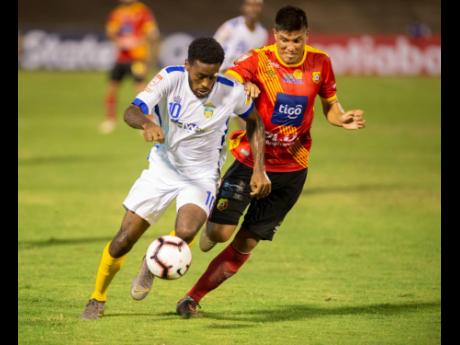 Waterhouse head coach Marcel Gayle said there is still a lot more work to be done ahead of the second-leg match against Costa Rican outfit HS Herediano in the Concacaf League.

This, after both teams played out a 1-1 draw in the first leg at the National Stadium yesterday.

Andre Fletcher scored for the Marcel Gayle-coached Waterhouse in the third minute, while Keyner Brown netted for the HS Herediano in the 17th minute.

Gayle told STAR Sports that having not played a competitive match in more two months, his team was bit match rusty which resulted in them conceding to the Costa Ricans.

“It was a bitter-sweet game for us because we got the opening goal in the third minute, but we are still not there as yet,” said Gayle. “We still have some more work to be done, but the sky is the limit and so we just have to go out there and play good football in the second leg because anything can happen,” he said.

“We have seen their strengths and weaknesses and so just have to go home and do the work that we need to do to get a good result in Costa Rica but we know that it is not going to be easy.”

Waterhouse, who are last season’s runners-up in the Red Stripe Premier League, got off to a dream start when Fletcher gave them the lead in the third minute.

However, careless bit of misjudgement from Waterhouse custodian Akeem Chambers allowed Brown headed home from close range to level the scoring for the visitors 14 minutes later.

Brown came close to putting his team in front on the stroke of half time, but his 25-yard free kick shelved the outside of the post and went wide.

HS Herediano came out looking much the better side in the early exchanges of the second half.

However, they were kept at bay due to excellent goalkeeping from Chambers who had to pull off a number of excellent saves to deny the Costa Ricans.

First, Chambers was at his very best to tip over Keysher Fuller powerful shot from 10 yards while the speedy but skill Brown 20-yard effort was well saved by the Waterhouse goalkeeper.

However, the Costa Ricans missed a glorious chance to win in the game in the 90th minute, but striker Francisco Rodriquez powerful shot was cleared off the line by defender Shawn Lawes.