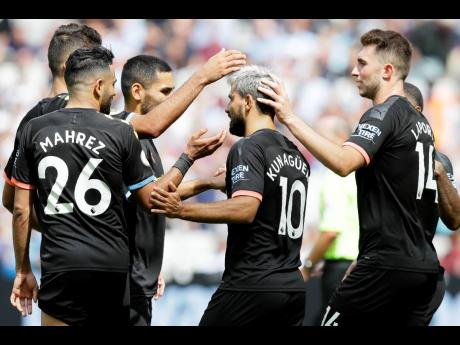 Manchester City has been fined for improperly signing young football players but avoided a ban on transfers.

FIFA said Tuesday the fact that the English champion "accepted its responsibility" for breaking transfer rules was a factor in the choice to fine it 370,000 Swiss francs ($380,000).

FIFA says City broke rules on transfers for players aged under 18. FIFA didn't specify exactly what the club had done wrong and how many players were involved, but City said the breaches involved players who were taken on trial or played in friendly games. No players were named.

In February, FIFA handed Chelsea a ban on signing players for the next two transfer windows after finding the club had broken the same kind of regulations in relation to 29 different players after 92 cases were investigated.

FIFA rules generally stop clubs from signing foreign players before they turn 18, except in cases where the player's parents move to the club's country for non-football reasons.

Chelsea disputed the verdict and the ban was upheld by FIFA on appeal. Chelsea launched another appeal in June to the Court of Arbitration for Sport.

"The protection of minors is a key element in FIFA's overall regulatory framework relating to the transfer of players, and the effective enforcement of these rules is paramount, as has also been confirmed on various occasions by the Court of Arbitration for Sport," FIFA said in a statement yesterday.