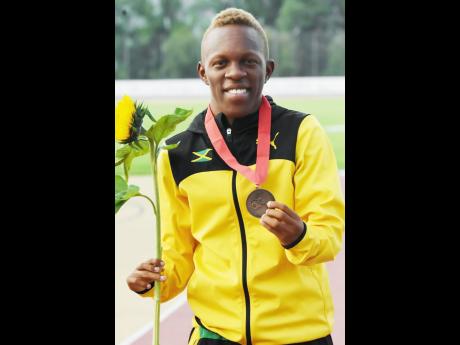 The event was won by Kumar Aamit of India in 23.23, while the silver went to Austria's Alexander Pototschnig in 23.40.

Thomas made a start and was marginally ahead of the field coming off the curve. He was then passed by the much stronger Aamit and the fast-finishing Austrian in the final 20 metres of the race.

"I had a good start and was comfortable coming off the bend, but I guess the other athletes wanted it more. I am happy to have secured a medal for my country, family, and fans at home," he said.

Thomas made his international debut two years ago when he competed at the Parapan American Games in Toronto, Canada.

He delivered his best performance earlier this year at the Youth Parapans in Sao Paulo, Brazil, when he won silver in the men's 100m T46.