Woman dreamt of fiancé’s demise before he was killed 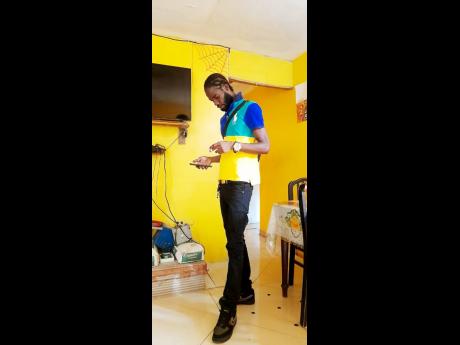 Early Thursday morning, Jane* had a nightmare that her fiance Andre Stewart was shot and killed.

She woke him instantly and related the horrific dream to which he replied, 'Maybe a mi time come' before retiring to sleep once more. But approximately four hours later, Stewart was gunned down on Sunlight Street in Maxfield Avenue, just footsteps away from his home on 10th Street in Arnett Gardens, a section more commonly known as Zimbabwe.

"Before di shot dem fire, mi hear him a rev di car a come over. Afterward mi hear di shot dem and di dream reflect back to mi. Mi never did a think say a him still but is not like mi know him and anybody over that side fi inna anything. Mi stand up and a try see if mi hear any news and if anybody drop out," Jane said.

According to police reports, at 8:15 a.m., residents reportedly heard explosions along Sunlight Street and alerted them. Upon their arrival, Stewart was found suffering from what appeared to be gunshot wounds. His body was removed and taken to the morgue.

As she sat outside her gates yesterday, Jane gazed at the red Honda Integra that Stewart was fixing when he met his demise. She said that she got the bad news shortly after the shooting.

"Mi see somebody a run a come and a say 'Mi mada mi love yuh enuh' and mi a wonder why him a tell mi suh. I went inside and change my clothes, suh mi run go in the direction weh di shot dem did fire and everybody a ask mi weh mi a go and mi tell dem say mi can't stand up and don't know where Andre is and mi see people a run go dung di road. Afterwards somebody tell mi say dem hear say him get shot up and him dead. Mi go down there and see him lay down on the ground," she said.

A police source told THE WEEKEND STAR that Stewart was doing mechanical work on his vehicle when he was approached by men who shot him. He also stated that Stewart was on the police's radar for a few months and may have been killed because of an ongoing war between Zimbabwe and Sunlight Street.

Jane described Stewart as a jovial individual and stated that while others described him as being violent, she had never experienced that. She stressed that to her knowledge, he was not a violence producer.

"Mi don't know him as a war boat or someone to pick a fight. Him rather stay in him house and play game, watch TV and go to him bed. Him will walk road once he is here but dem will just call up him name because dem know him live over here. But him nuh deh here. Is country him deh a work on construction site and a from Monday him fi go back down but the rain did fall and him did a try sort out the car," she said.