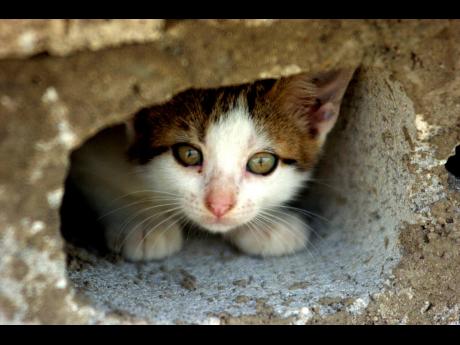 A dispute over a cat is said to be at the heart of a matter involving a father and son, which is now before the Kingston and St Andrew Parish Court.

The adult son, who is the defendant in the matter, reportedly angered his father by insisting on having the feline in the house. The father, who had apparently had enough, confronted his son, Gladimore Wright, about the issue, and things allegedly took a rather drastic turn.

The court on Thursday heard that on August 14, the complainant was at home when he saw a cat in a box in the living room. The complainant indicated that he told Wright on multiple occasions that he did not want cats in the house. His son allegedly hissed his teeth.

The complainant said that he took up the box to remove it from the house, when Wright allegedly pushed him, and started cursing. The son allegedly took up a scissors from the couch.

A team of police officers were called to the residence to quell the argument, however, shortly after they left, the complainant heard glass being shattered.

It was later discovered that two doors, valued at $35,000, were damaged.

Wright was charged with malicious destruction of property. He pleaded not guilty.

The matter will again be mentioned on November 1.