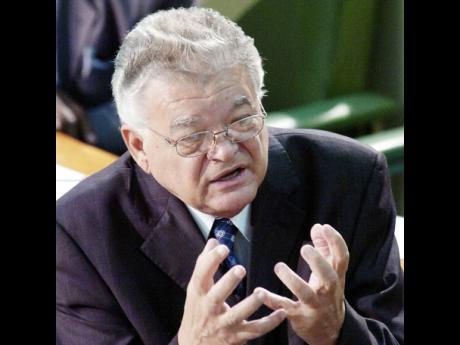 Earlier today Minister of Labour and Social Security Karl Samuda retracted statements he made yesterday that water had been restored to a "great degree" in the wake of the strike taken by National Water Commission (NWC) workers.

In making an about turn in Gordon House this afternoon, Samuda said the information he received yesterday was inaccurate and base on advice he got.

He admitted that water woes continue to impact the country as NWC workers remain off the job.

Samuda expressed confidence that there will be a breakthrough later today in the negotiations now taking place involving the five unions representing NWC staff, the Ministry of Finance  and the Ministry of Labour.

“I can say with a great degree of confidence that they have reached a point that is very encouraging,” said Samuda.

He said negotiating parties are fine-tuning elements of a work resumption agreement.

Leader of the Opposition, Mark Golding said it was “most unfortunate” that Samuda's remarks yesterday were based on “advice that was totally inaccurate”.

Golding lamented the impact that the loss of water was having on the country, adding that he hoped a resolution could be reached to break the deadlock.