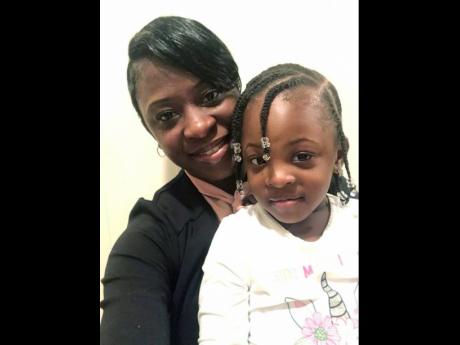 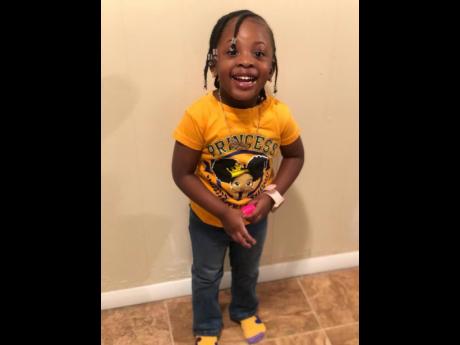 From she was just a day old, Shackeina Grey-Wilson said that her daughter Rakel, who was born prematurely, underweight and with the odds stacked against her, exhibited behaviours that seemed above average.

As little Rakel grew older, Grey-Wilson said she not only exceeded her expectations, but also of those who came in contact with her. They witnessed her ability to count from one to 10 in German, French and Japanese, one to 20 in Spanish and one to 100 in English among other things.

"She's also able to recite the alphabet in French and Spanish and knows all the planets. She's able to read, write, spell her full name, knows 34 elements of the periodic table, [and] the 50 states of the United States of America," the proud mother said.

But the more her cognitive abilities became noticeable, the more it surprised them, as, according to Grey-Wilson, her daughter's motor skills were still underdeveloped.

"When she was born she was tiny, maybe the size of an iPhone X. She didn't sit up until four months, she didn't walk until about 11 months. The doctors kept telling me that though she was alert she was going to have limitations. But I prayed every night and I made it my priority to help her develop her skills," said Grey-Wilson. She recalled an incident when she was ill and Rakel called an emergency responder.

"I was lying down and I kept hearing '911 what's your emergency?' and my daughter saying 'Mommy sleep mommy sleep'. Apparently she was calling me and she wasn't hearing me so she called 911. I don't know where she learnt to do that and she was only 13 months old," she recalled.

Grey-Wilson is a native of St Catherine, who holds a bachelor of science degree in criminal justice from the Northern Caribbean University and has since started her master's degree in forensic psychology at Rutgers University in the US state of New Jersey. She said that she has since been home-schooling her daughter, using the Jamaican school curriculum, though she migrated to the US approximately five years ago.

"I realised that she was more advanced than the curriculum here, so I got the curriculum from Jamaica. Sometimes I ask her how she knows some of the things she knows and she said she just knows it and I know it's not from the educational channels. I was told that she is ready for kindergarten but I was fearful she wasn't ready because she wasn't writing well. But she has developed her motor skills and is able to write better now," said Grey-Wilson.

The proud mother said she is still in search of an educational psychologist with whom she can consult to confirm her daughter's above average abilities.

"The paediatrician kept asking me what I was doing for her to learn so fast. They said at a year old, the average child would be speaking 12 to 25 words and she was doing more than that ... So I want to have the professional evaluation done," she said.

Grey-Wilson said her main aim is to continue to encourage her daughter's learning and provide her with all the resources she needs to facilitate her growth.