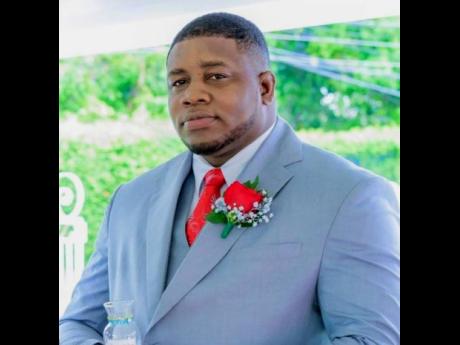 When Antonio Baker left Jonathan Grant High in 2003, he had no subjects. The Brunswick Avenue, St Catherine, native, recalled wasting time while being a student at the secondary school. He often left the school's compound after registration and went to gaming shops or river.

Baker said that his mother, Christine Laing, a domestic helper, did not notice that he was performing poorly in school until it was very late.

"By time I got to grade 10, the trouble started. I had wanted to become a doctor and I was doing the sciences. I remember getting back my first Chemistry School-Based Assessment, believe me, I tried as best as I could to do it. When I submitted it for grading, I got zero out of three. To get that result, I think that was what broke me and I wasn't motivated anymore. I didn't have anyone around to talk to or counsel me and that's when I started to exhibit some deviant behaviours," Baker related.

He was recommended to only sit English Language, Geography and Mathematics in grade 11, but with his average being in the 20s, his mother decided not to waste her money. Backer said that she told him that she "nah go tek her money weh she earn, washing people dutty clothes to pay for me to do the subjects 'cause 15 and 20 [per cent] can't pass CXC".

Baker left Jonathan Grant High at age 16. He was broken. He had no subjects, no plans and seemingly no future. The young boy who once harboured thoughts of becoming a doctor sought employment on a construction site. However, his stint was short-lived after he was shot in his right arm during a crossfire between warring factions in Spanish Town.

"My mother said [to me] that it wasn't good to leave high school with no subjects so she tried to enroll me in a private institution, called Solid Base located on Young Street. I enrolled to do English and Mathematics in the afternoon, but she couldn't pay the fees so I had to drop out. She had paid the exam fees though, and I was able to sit the Mathematics and English. I got a grade three in the English and failed the Mathematics," he said.

While he was ecstatic that he had acquired one subject, the certificate to validate his scores was displaced and he could not afford the $10,000 to replace it.

Baker worked as security guard for a year before joining the Department of Correctional in 2009. During his training to become a correctional officer and noticed that he was scoring similar grades to his colleagues who had educational qualifications. This, he said, had sparked his interest to get some CSEC subjects under his belt.

Baker then found a passion in rugby and was awarded a full scholarship in September 2013 to study at The Mico University College where he read for a bachelors degree in guidance and counselling. It was a sweet surprise that Ensom City Primary alumnus was named the class valedictorian in 2017.

"To top the class, was never in my plan. I just wanted to learn how to help people, to have an understanding how people think and how they develop. It was never to top the class. When it was announced that I was going to be valedictorian, the whole a Mico shock," Baker humoured.

He continued that he too was shocked by the announcement, as persons usually didn't acknowledge his academic potential and would have only noticed him as the 'yute weh play rugby'.

Earlier this year , the 34-year-old completed a master's of science in counselling and social work from The Mico University College. These momentous achievements, according to Baker, are nothing short of a miracle and evidence of the mercy of God working in his life.

Currently the dean of discipline at Cedar Grove Academy in St Catherine, Baker is encouraging others who may be faced with similar adversity to be patient with themselves.

"I learnt that not all mangoes on the tree will ripe at the same time, that is my little philosophy. The truth is some of your classmates may have gone ahead of you or you may be at a place that you are not comfortable and you are looking at others achieving. Just understand that even though that is happening, it may not be your time yet to be successful. Stay in the race because your turn is going to come. Just hold on, don't give up and continue to pray," he urged.