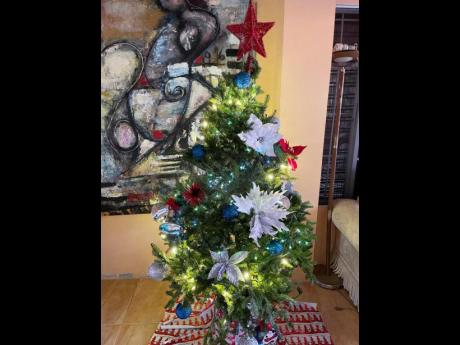 The Christmas tree that was selected Robert Nesta Morgan’s son. 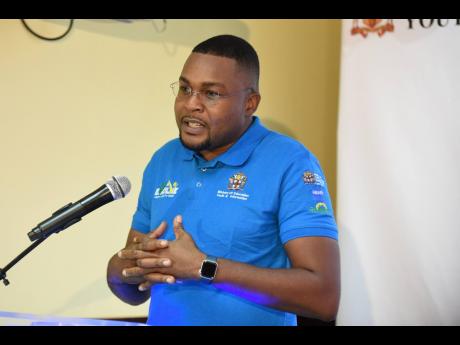 Every Christmas, for the past three years, Robert Nesta Morgan engages his five-year-old son in tree shopping. In addition to buying the tree, Morgan spends time with his son decorating the freshly cute pine.

"It is something he looks forward to, and I look forward to it as well because I never had a tree when I was growing up," the Clarendon North Central member of parliament told THE STAR.

The elder Morgan said that going tree shopping with is son is one of the many ways in which they bond. It also provides him the opportunity to teach the youngster about the true meaning of Christmas.

Christmas is not just about gifts and about toys, but it is also about celebration and coming together with people, your family and so on," Morgan explained.

Yesterday, Morgan posted on his social media platforms a photograph of his son beside the chosen tree and told the news team that they also found the right ornaments. His son, who prompted the switch from plastic tree to pine, delightfully chose the topper.

The Woodhall, Clarendon, native, who is a lover of the Christmas season, reflected on the way he celebrated the holiday as a child. The main highlights for him was getting the chance to attend Grand Market, then his father would give him the most money for shopping, and to full his belly on Christmas Day.

"You could buy a toy or ice-cream, meet up with your friends and go to Kentucky Fried Chicken [KFC], which is not something that we used to do regularly. It was very rare that we went to KFC, so on grand market night, the KFC would be so packed that you would have to spot someone in the line and beg them to buy the food for you.

"But the other side of it was the cooking. You used to be able to get two meats, and in my house, it was chicken and goat. You would have rice and Chocolate tea, which is not something that was normal because we couldn't afford to do those things all the time," Morgan reflected.

The first-term MP regularly shares stories with his son about his days as a boy in Woodhall. Christmas is one of those occasions for the story-telling.

"I love my son very much and I think trying to instill in him positive attitudes about patience, about wisdom, about compromise, even at his young age teaching him to be kind to everyone, to be respectful, teaching him to be dedicated to fulfil his promises. That is really the nature of our relationship and it's a relationship I hope continues in this way," he said.

The politician, who has portfolio responsibility for youths, said that the virtue of patience and practising the true meaning of Christmas could go a far way in making the holidays merry for Jamaicans.

"A lot of people are walking around with some serious baggage on their shoulders and sometimes they just want somebody to give them a helping hand, so that they can carry it a little bit further," Morgan said.