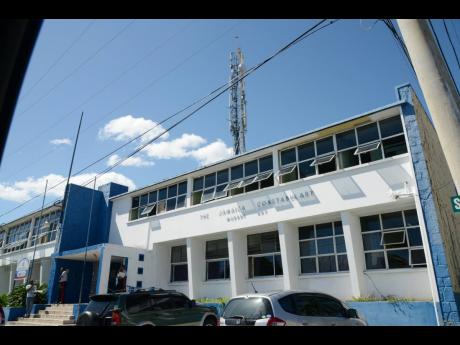 Sisters Racquel Williams and Kaydreen Nelson, who on Wednesday were both fined $200,000 or 30 days in jail by a St Thomas Parish Court Judge for not wearing a mask, feel they were treated unfairly by the justice system.

Williams, who works at a call centre, told THE STAR that their mother had to borrow money to pay the fine.

She said that the remainder of the funds to pay the fine came from loans and gifts from family members.

Both women were arrested and charged on August 20 for breaches under the Disaster Risk Management Act (DRMA), and were brought before the court on September 22 when the shocking fines of $200,000 was imposed on each of them.

Unable to pay the fine right away, the sisters, ages 30 and 23, were taken into custody and kept at the lock-up at the Morant Bay Police Station.

"The one night weh wi do was like 15 hours in hell. You share sleeping area with the roaches and the slippers on the ground are rat toys. We couldn't sleep that night, wi stay up the whole night a wait til morning to call our mother," Williams said.

"When we just reach inside the station and a go round to the holding area, one big woman police there said to us: "Ladies this is not a place for females. They will come in and leave with infections, do not under any circumstances sit on the toilet". When wi go inside the cell, the scent lick us first," said Nelson, who has a two-year-old daughter.

The sisters admit that they were not wearing their masks, as required under the DRMA, when they were arrested.

"It was the day before my sister's birthday. We had plans to go out so we were in Morant Bay about 10 a.m., we went to shave our eyebrows and such. When we came down the stairs from the barbershop we walked right into the police," Williams said.

"We tek off the masks cause we a tek picture upstairs, cause we did a feel wi self cause we just a come from the barbershop. We both had our masks in our hands, by time the police came out the vehicle we quickly put on the masks," she added.

Williams said that as a call centre employee, she is aware of the need to wear masks and follow the health protocols that have been put in place to prevent the spread of COVID-19. She said that she follows the rules and that her infraction in August is not in keeping with the way she operates.

"Wearing a mask is a thing for me, it's just that I was taking pictures and did not want to have a mask on my face in the picture," she said.

"There was a 19-year-old who couldn't come up with the money. We left her there. Her fine was $204,000 because she was also charged for resisting arrest. When she explained she said she wasn't resisting arrest, she was coming from the doctor and got an injection and the policeman was holding her arm where it was tender so she pulled her hand. She came to court with $20,000 cause she wasn't expecting so much fine. She also said she was supposed to leave court and go on a job interview that day," Williams recalled.

A staggering $4.69 million was collected in fines at the St Thomas Parish Court for breaches of the DRMA. The sisters who had to find $400,000 to secure their freedom are now left to ponder how they will find money to ensure they pay off their debts.