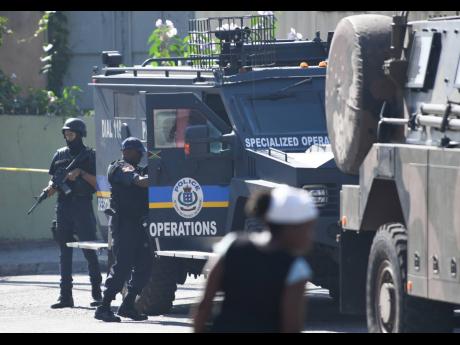 Members of the security forces carry out an operation along Mountain View Avenue in Kingston, following a murder in the area. 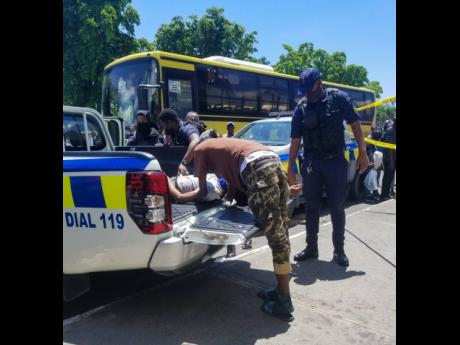 A gunshot victim is placed in a police service vehicle following an attack on Orange Street, downtown Kingston, earlier this month. 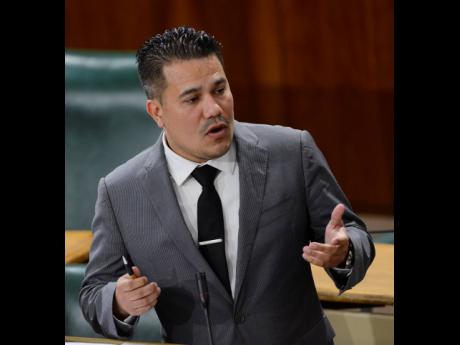 More than 10,000 persons have been murdered in Jamaica since 2010, statistics presented in the Senate by Matthew Samuda, minister without portfolio in the Ministry of National Security, reveal.

Some 1,026 of those murders were committed between January 1 and September 19 this year, making 2021, which is three months away from completion, bloodier than all of 2014, which had 1,005 murders.

Samuda, speaking during the State of the Nation Debate in the Senate on Friday, pointed out that while the number of murders have been on the rise, the security forces have done much to reduce the overall crime rate. The data shows that with the exception of murders, all categories of major crimes have been trending down. Robberies, for example, peaked at 3,097 in 2011 but has been on an aggressive downward trend since. Police statistics show that 992 robberies were reported last year. Rapes fell from 731 in 2010 to 479 last year.

There were 1,276 cases of shootings last year, 899 of which were committed between January 1 and September 19. The rate of shooting has increased by 0.8 per cent this year, when compared with the corresponding period last year.

"Though the overall crime rate has continued to decline, there is no doubt that we are concerned at the rates of increase in murder and shooting triggered by gang violence," Samuda said.

He said that all the police divisions in Kingston, along with South St Andrew, St James and Westmoreland are largely responsible for the high murders and shootings.

"These police divisions were last year, up until August, under states of emergency," Samuda said.

In September last year, the Supreme Court ruled that the manner in which states of emergency were being used was unconstitutional. The attorney general has signalled the Government's intention to challenge the ruling. In the meantime, however, the Andrew Holness-led administration has started work on new legislation to provide the security forces with the arsenal for tackling violent crimes.

"Quite frankly, the situation on the ground in these areas require the use of this measure. Extra-ordinary security measures have been agreed for use by both sides of the political divide for any area which has a murder rate of above 30 per 100,000. This is the case in all of the police divisions I have listed," Samuda said.