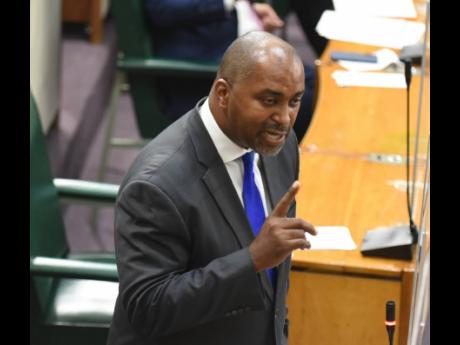 Julian Robinson, the member of parliament for South Eastern St Andrew, is calling for urgent intervention from the Office of Utilities Regulations (OUR) to prevent the Jamaica Public Service Company (JPS) from continuing its practice of disconnecting legitimate customers due to electricity theft in their communities.

"It is unjust to people who are paying customers that their electricity is being disconnected every single day when they are legitimate customers who are paying their bills in full. We are dealing with persons who have children, who have to access online schooling. We dealing with persons who have to work from home and it is just unfair as a mechanism to disconnect those paying customers," Robinson said.

The MP said that residents in a section of Woodford Park, which he represents, have been subjected to daily electricity lock-offs. He said that the daily disconnections are disruptive to the residents lives, their education and their economic livelihood.

"People who have online schooling can't do online school because their electricity is disconnected. In fact, today (Sunday) the electricity cut off from 11 and come back on at 4 p.m. The day before (Saturday), they cut it from about 3 in the morning until about nine in the night. So if you're a student who has to work, it can't work, and if you have to work from home, which many people have to do now, you can't work because you have no access to electricity. Let's say you're a small business owner with a deep freeze and you sell meat, the disconnections may just cause the meat to spoil because every day your light is cut off," Robinson said.

Last week, residents of Beverly Gardens in Fletcher's Land in Kingston complained about the wholesale disconnection of electricity in the community. The residents said that despite being paying customers, they are being forced to do without electricity whenever the light and power company disconnects electricity to the community in a bid to starve light thieves of power.

Ask about the Fletcher's Land situation last week, Audrey Williams, media and public relations manager at JPS, said electricity theft in the area was above 85 per cent, which has serious implications for the reliability of service.