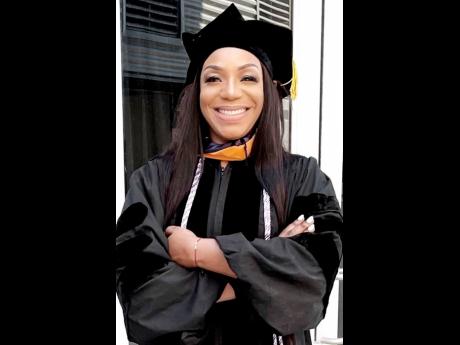 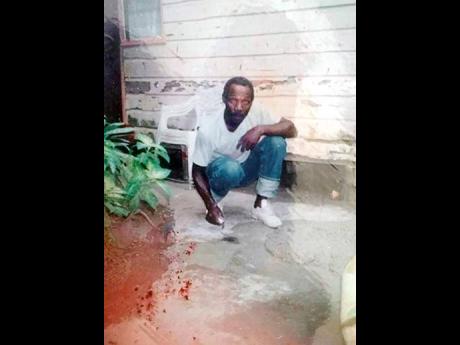 Cedonnie Curtis, who at times went days without lunch at school, is now basking in the glory of yet another academic achievement.

The 36-year-old on May 15 strutted across the stage of the La Salle University in Pennsylvania, USA, where she was awarded a doctorate in nursing.

She dedicated her latest accomplishment to her dad, Recardo Curtis, who went above and beyond to ensure she excelled. Sadly, he died of stomach cancer in 2008.

"My mother left me with my dad when I was a baby, and not having any proper education or anything like that, he was tasked to raise me," Cedonnie told THE STAR. "Every time I get a degree and I'm walking across the stage, that is who I think about." Cedonnie spoke about the challenges of living in Brissett, Hanover.

"We lived in a two-bedroom board house and when me tell you say insect eat out the house, anybody could stay outside and see us inside. We never have no TV, fridge or anything like that. My dad had to do common labourer work like chop people yard and clean gutters to make sure we had something to eat," said the Rusea's past student.

Curtis would even carry Cedonnie to school on his bicycle when she was younger. As she matured, sometimes he would ask taxi drivers to carry her and promise to pay them later in the week.

Education was the best shot

"I would even go without food or sometimes you would see daddy coming after lunch ... Him bring me patty and coco bread because that was the only thing he could afford to buy, working throughout the day," she told THE STAR. Cedonnie was determined to elevate herself from the clutches of poverty and she and her father knew education was the best shot.

She initially wanted to be a doctor but figured that would be too expensive. Her guidance counsellor at Rusea's, told her about nursing. After graduating from Rusea's in 2001, Cedonnie was accepted for a nursing programme at the University Hospital of the West Indies and got accepted in 2003.

"I got a full scholarship because I did well in CXC and my pre-entrance test, so from there I got a certificate in nursing," she said. Her father, who missed her Rusea's graduation, was on hand for her nursing school graduation.

"Fly high or low he had to attend. It was a great experience having my dad there to prove to him that I was going to make him proud, and for him to see me pass the worst. To see his daughter becoming a professional was the best thing that could've ever happened to him. He literally walked with my graduation pictures in his pocket to show the entire Lucea when they ask, "How's Terry doing?" Cedonnie left for the United States in 2010 where she has been since.

"I applied for school got accepted and did my bachelors of science in nursing, then went back for my masters and now I have my doctorate," said Cedonnie who is a clinical nurse specialist at the Temple University Hospital in Philadelphia, Pennsylvania, where she lectures nursing staff.

"I've been in the US for a while now so I hope to return home one day and give back to my country," she told THE STAR.