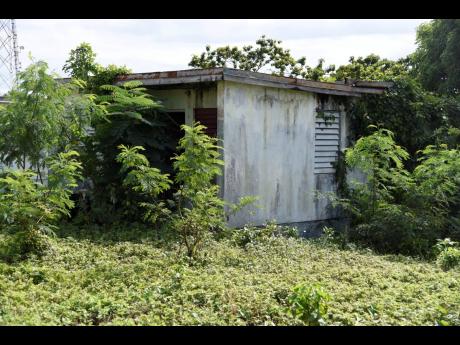 One of the abandoned houses in Top House, Dalvey. Residents say that the absence of water is stagnating the community’s development. 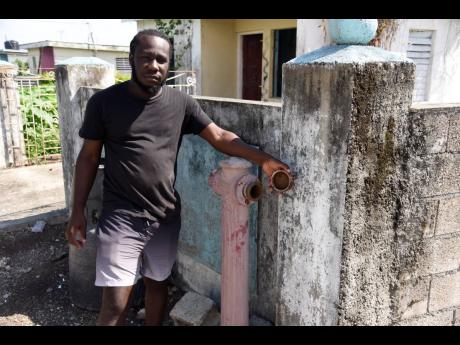 Lionel Downer says there is no water flowing through the fire hydrants in the community. 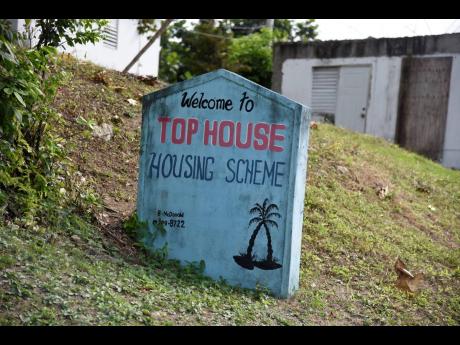 Residents of Top House in Dalvey, St Thomas, say that in order to get the live-saving community they have to either go to a nearby river, depend on rainfall, or buy from trucks. 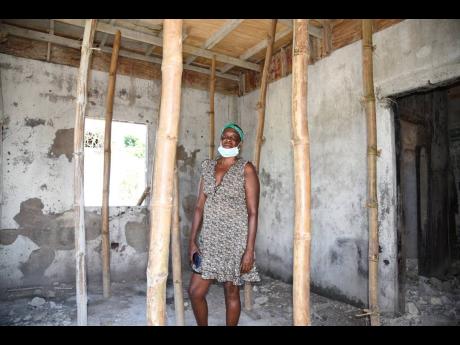 Barbara Bowers’ house was destroyed by fire in 2019. She is now reconstructing and is hoping that water will start flowing through the community’s pipes.
1
2
3
4

Barbara Bowers' house is located just 15 feet away from one of several fire hydrants in Top House Scheme in Dalvey, St Thomas. However, when her house caught fire in 2019, the hydrants were of no help as they were waterless. Her two-bedroom dwelling burnt to the ground.

Bowers is in the process of rebuilding her house, but again the lack of water poses a major challenge for her and other members of this quiet community. The residents say they have been without potable water for little over two decades.

Community members said that despite not having water in their pipes, they still receive bills, albeit small, every month from the National Water Commission (NWC).

"I have stopped paying mine because it doesn't make any sense to a pay and not getting any water," Verona Bailey, 77, told THE STAR.

Top House, a community that has three housing schemes, was built in the 1960s and is home to about 350 persons, a lot of who are senior citizens. Roy Campbell, 74 said he has lived in Top House since the 1970s and there was never a time when water flowed through the pipes consistently. Residents say that in order to get the live-saving community they have to either go to a nearby river, depend on rainfall, or buy from trucks.

"I can barely see as I am sick with my eyes and I have to go to the river sometimes and carry the five gallon jugs on my head, just to get some water, and that no right," Bailey said. "A tank is here for the community but it nuh serve any purpose because is over 20 years it nuh full up so it rusty and hollow bad," she added.

Campbell said that there was a time when the community would get water "on and off and then it stop completely". He said that the current situation is untenable as it not only poses a public health treat but it is also stagnating the development of Top House.

"There are a lot of elders here some of who have very poor eyesight. Dem can't manage to carry water and St Thomas on a whole is not deficient when it comes on to water, but they take our water and distribute it elsewhere. Water truck comes around at times, but is not everyone get because there is a list of names and if your name is not on that list, you will not get any. That is the reason so much empty houses are here because people can't live without water, and no one is going to come and rent or even buy them because dem say water is life and there is none here," Campbell said.

THE STAR observed nine abandoned houses between Seaview Heights and Seaview Drive in the community. Three others, the residents said, were destroyed by fire.

A woman told THE STAR that so dire are the water issues that some persons have opted to disposing their waste in an unhealthy manner.

"When we come live here dem say we must not build any outside toilets so now we don't have any water at all to flush the inside ones, so now some people have to get rid of their waste in bags and sail it in the bush. Sometimes the bag all hitch up inna tree and the place stink up, or dog find it and draw it all over the place. No one wants to live like this but right now some of the people dem nuh have no choice," the woman said.

Junior Wright said he is highly frustrated and is demanding that he and others be given urgent attention.

"The water drums dem green. Some of us have to drink the rain water because nuh other choice nuh deh. A nuff people try raise them chicken and grow a little farm and it fail because the water ration. Everywhere you walk in the scheme you come across a fire hydrant but them nuh serve any purpose just like the tank because dem empty. If it wasn't for the kindness of some residents others would suffer because they can't manage or can afford to buy water or go to river. We tired to bathe in bathe pan," he said.