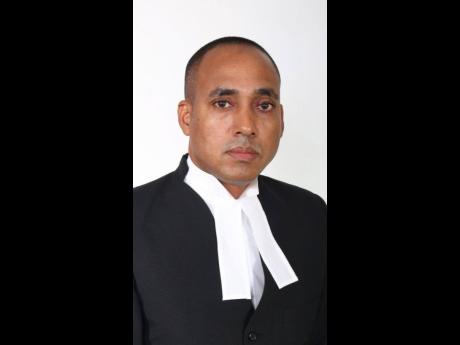 The defence team for Dante Brooks, the teenage son of dancehall deejay Mavado, says a verdict may not be handed down until the end of the month.

Speaking with THE STAR yesterday, Brooks' attorney, Peter Champagnie QC, said the trial, which got under way on Monday, could continue for several more days.

"The prosecution is still presenting its case and the main witnesses are still being cross-examined. I can't say for sure how long the trial will run but I am expecting it to continue for at least two weeks. There are quite a number of witnesses to be questioned and so it's still early days yet for a verdict," Champagnie said.

The seasoned lawyer said while this remains a difficult period for Brooks and his co-accused, Andre Hines, they maintain their innocence.

Listening to the evidence

"They are focused on the trial and what is being said. They are listening to the evidence and taking things one day at a time. It's hard to say how they are feeling because they are not participating, not speaking," he said. Champagnie told THE STAR that he is not prepared to say whether or not he believes his client will beat the charges, but said he would do everything in his power to present the strongest case possible.

"All that I will say is that we have clear instructions from him that he is innocent and we are certainly going to be challenging the prosecution's case as it goes along," Champagnie said.

Last November, it was revealed that Brooks' defence team opted to have the trial heard only by a judge, as opposed to judge and jury. At the time, Champagnie told THE STAR that the decision was arrived at "having taken into consideration a number of factors".

Brooks, 18, will be tried as an adult. He has been in detention since 2018 when he was charged jointly with Hines for the June 5, 2018 murder of Lorenzo Thomas, otherwise called 'Israel' or 'Trulups', in Cassava Piece, St Andrew. The charges laid against them included conspiracy to murder, arson, shooting with intent and illegal possession of firearm and ammunition. Brooks has been in a juvenile detention facility in Kingston, having had multiple bail applications denied.