Woman fired after being accused of theft 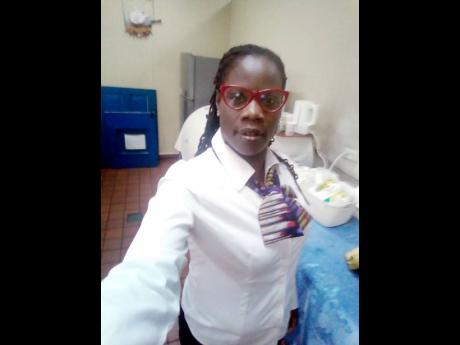 It has been more than a year since 45-year-old Marlene Grant was fired from her job after being accused of stealing J$1,900 from a co-worker.

The woman, who was employed at Susie's Bakery and Coffee Bar for 15 years, told THE STAR that she is innocent.

"I did feel very bad because I know to myself that I didn't do it, and all me a ask them to show me on the camera, they couldn't," said Grant.

Grant said that an intern at the business lost her money, and while helping her to look for it, the phone rang.

"I was taking order for some cakes and sandwiches. I write it on a first paper, but because I was writing it down so fast I had to rewrite it. The first piece of paper, I throw it in the bin, and the second, I had it serving the things from, but I realised I only wrote cake. So that's when I went in the bin and took up the first paper to see which one I wrote on it, and that's when I saw the money," she explained. Grant said that same evening, the management gave her a day off.

"When I went back to work the other day, I was called in the office and told that they think I took the money and I shouldn't come back. I said 'Think? But you didn't see me' and all now, no answers - nothing," she said. Grant said that she was without a source of income for five months and had to depend on her mother for financial assistance.

The mother of two said that she has also been frequenting the labour ministry's office to get some form of assistance. Grant said that she simply wants to be paid what she is owed for her 15 years of service.

Meanwhile, Michelle Thomas, attorney-at-law, told THE STAR that when someone is employed to an organisation, there ought to be a disciplinary hearing before dismissal.

"Due process is required. Someone can't be terminated on an allegation or suspicion and in the absence of concrete evidence," she said. "So if she was dismissed in that manner, it was improper, and she has grounds to take them to the Industrial Disputes Tribunal or engage an attorney to represent her in that regard."

Susan Hanna, operator of Susie's, said that she is aware of the claims, and the matter is being dealt with.

"The matter has gone to the Ministry of Labour, and we had many meetings set up, but because of the COVID, they have cancelled every time. I also have a lawyer dealing with it," she said.