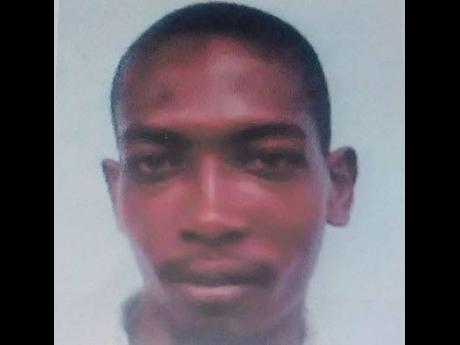 It has been more than two months since Rodney Lawrence, 42, wandered away from his New Roads Cottage home in Westmoreland.

Though it is not strange for Rodney to leave home, his mother, Hermine Lawrence, 68, said she has grown extremely worried as this is the longest he has been away from her.

"Him go away all the time and come back, or if somebody call me and tell me that them see him, I always go for him. But this trip, him gone for long, and me a take it hard. Everybody a tell me say him nuh dead, him will come but me just nuh know what to think," she told THE STAR.

Lawrence said that her son suffers from epilepsy, which can cause his abnormal behaviour, including straying from home.

"In the first week when him did leave, somebody tell me say them glimpse him in Montego Bay, and me go down there go search about two times and me don't find him," she said.

On July 14, when Rodney left home, he was wearing dark-grey pants and a black shirt. Lawrence said that he has a burn on his left hand.

"Because anytime the seizure take him, him drop, and him did drop in a fire one time," she explained.

His disappearance has been reported to the Darliston police in Westmoreland, but they have not yet found any leads.

"Them say they would reach out to Montego Bay police and see if them can find him, but me nuh hear back nothing from them," she said

Despite being worried sick, Lawrence is hopeful that her first born will return home unharmed.

"Every day somebody tell me say them dream see him a come home, so me nuh know if that a signal sumpn. But me stress because every night me give him medication, and him can't do without them. Right now me just a hope him all right and me find him," she said sadly. Rodney's younger sister, Tarsha-Gaye, has also been having a hard time.

"It really stressful, and it is not easy to be thinking if he is fine, and stuff. It pains me for my mother, too, because sometime me call her and she a cry. Me have to tell her not to worry because he is not in his right mind, so me nuh think nobody will hurt him," she said.