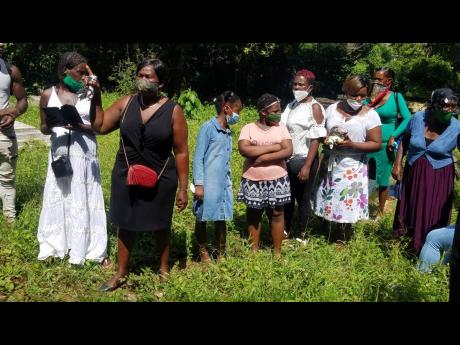 Mourners line up to get one look at Tamara Geddes in the coffin at the cemetery in Reserve, Trelawny. 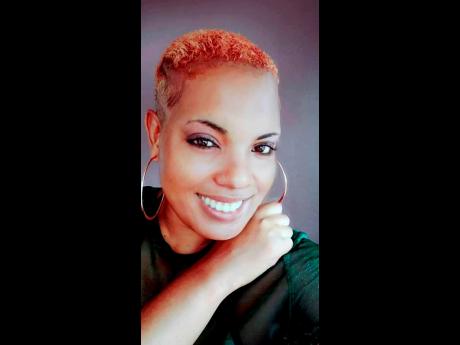 Police had a difficult time handling mourners last Saturday at the burial of Tamara Geddes, the Trelawny woman who was shot dead at her home on June 19.

The burial, which was scheduled to start at 10 a.m. in a cemetery in Reserve district, did not begin until 11:15, as mourners ignored pleas for them to adhere to the COVID protocols.

Under the protocols, the number of persons attending a burial must not exceed 15, including the clergy and the funeral home personnel.

But scores of mourners begged to have one last look at Geddes, whose case has received national attention. Seven persons, including three of her relatives, have been charged in connection with her murder. The police compromised with the mourners, and gave instructions that no more than five persons could view the body at a time.

But even this proved problematic as those at the front of the line waiting to catch a glimpse, began photographing Geddes and quarrelling about the job the undertakers did.

"Dem nuh do the make up good" and "Dem shouda hide the bullet wound betta" were some of the complaints.

The coffin was ordered closed and taken to the vault which, up to 9 a.m., was half-filled with water due to overnight rain.

Again the police and deacon Edgar Harrison pleaded to have only 15 people at the graveside. But some refused to move.

Haffi get a decent burial

When order was restored, THE STAR counted more than 80 mourners spread throughout the cemetery. Others, upon seeing the crowd, turned back from the cemetery.

"From time to time she would order me around. We would quarrel and malice for a couple days. It would better for her to be here and we vex with each other than she fe dead so," she cried.

Superintendent Kirk Ricketts of the Trelawny police, said that based on his directives regarding burials, the police allowing five persons at a time to view the body was not illegal.

The seven accused are all booked to return to court on October 14.