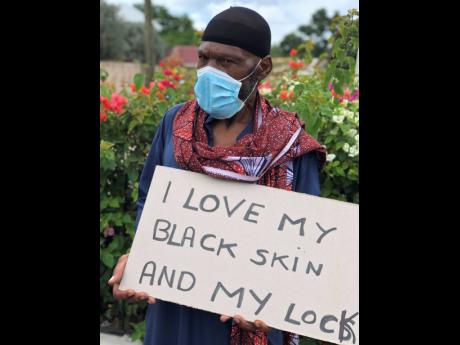 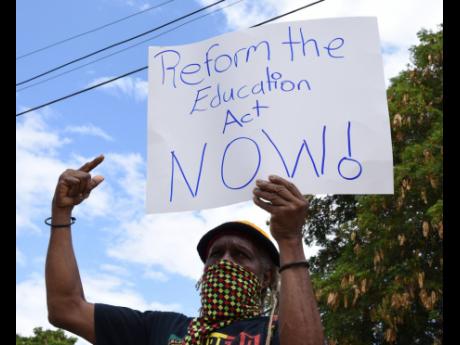 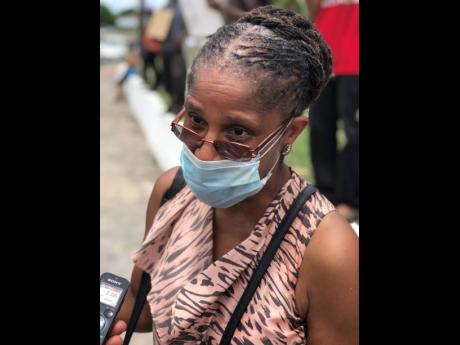 A mostly Rastafarian crowd staged a peaceful demonstration outside the Ministry of Education in Kingston yesterday, protesting against what they say is discrimination against persons who wear natural hair or locs.

The protest stemmed from the recent ruling from the Supreme Court that a student's constitutional rights had not been breached two years ago when the school asked that her parents cut her dreadlocks in order for her to attend classes. Among other things, the school argued that hygiene was an issue and the parents never declared they or the child were Rastafarians.

However, an injunction allowed the child to attend school while the case was before the court. The school's chairman has said the child is expected to be back for the new school year.

Among those bearing placards was Brother Rasool, a Muslim, who says he believes the school rule was just another form of discrimination against the black race.

"I am not here on behalf of the Muslim community but myself. I feel the move by the officials is a discrimination against black people and not just locs alone. As far as I am concerned, this is just their way of calling black people dirty. Lice and fungus can go in anyone's hair if that person is unhygienic. This is black people going up against black people," he said.

Another protester, Basil Walters, told THE STAR that he is hoping that the ministry will ensure that no child is barred from enrolling in a school because of the style of their hair.

"We think it is a backward rule by the school, and I am not here to celebrate any rule that is going to take us backward. We need to light a fire beneath that rule. We are hoping that the MOE (Ministry of Education) and all the stakeholders will review their position and realise that it is not good enough that they are saying that it is just a school rule," Walters said.

The court also ruled that the child's right to self-expression had not been infringed.

Civil rights activist Carol Narcisse said the education ministry has a responsibility to ensure that schools have clear directives about children coming to school with locs, whether they are Rastafarians or not.

"The ministry has a policy that it needs to revise immediately so that no school can get up one day and decide that they do not like a certain hairstyle and can exclude a whole group of children who have that hairstyle. The ruling of the court is what it is, and in its effect it has upheld discrimination against a group of children in this county," she said.

In addressing the situation, Education Minister Karl Samuda said that no child should be denied the right of entry to any school.

"Jamaica cannot and will not tolerate indifference towards the Rastafarian faith. There is no issue with respect to the rights of the Rastafarians. They want to see it spelt out in the Education Act," he said. "They want a definite policy position with regard to the level of tolerance for the involvement of the Rastafarian persons and their children to be part of all aspects of the Jamaican life, most importantly the education system. That is paramount and that is the view of the prime minister and the colleagues within the Cabinet, and we will be acting on that."