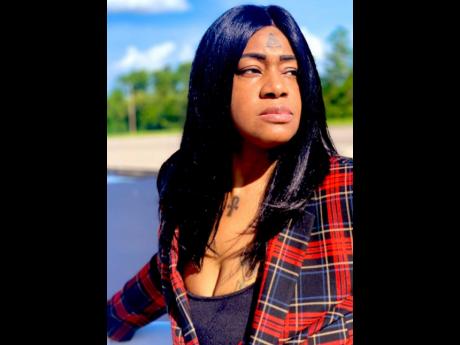 Social media influencer and entertainer A'mari is scheduled to appear before the St James Parish Court today after she was charged with breaching the Disaster Risk Management Act and for using indecent language last Thursday. A'mari, given name Veneice Fung-Chung, is currently at a hotel in Montego Bay.

Under the Act, persons who refuse to follow the established orders and protocols in place to limit the spread of the coronavirus could be fined up to $1 million or six months' imprisonment. A'mari told THE STAR that her visit to Jamaica was business related.

"There is a form that you have to fill in online that asks the nature of your travel. There are three different options and I ticked the one that said business. Now, that option allowed me to go and do my business as long as I return to the hotel before curfew," she said. A'mari said that her son, who is also an artiste, arrived three days after she did.

"We have both been going on interviews set up by my PR in Jamaica before we came," A'mari said. She even travelled to Portmore for one interview.

"We went back to our hotel in Montego Bay and when we reached, the owner told us that the health people had come looking for me because of some quarantine breach. I told her that everything was fine because I had ticked business travel and so I was allowed to go out and conduct business," A'mari said. However, the following day, the health representative returned.

"She said she had received reports and pictures of me at various places. I explained that I was here on business and from the instructions I was given, I could conduct my business but return to the hotel before curfew. She then called the police," she said. A'mari admits that she argued with the policeman about him not wearing a mask and used an expletive.

"I was taken to the police station and charged. My green card and passport were taken," she said. Her trip would have ended last Saturday.

"But now I have to be paying extra hotel fee and everything. Luckily, the hotel offered to give me a discount for the rest of my stay," she said.