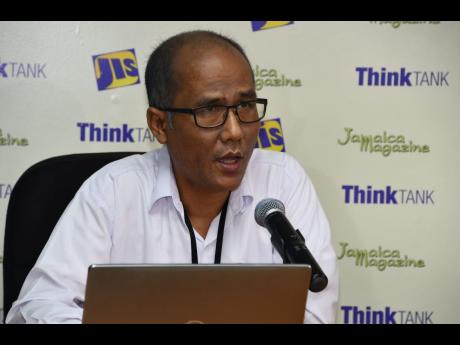 Regional Medical Epidemiologist for the Western Regional Health Authority (WRHA), Dr. Maung Aung, says the Government must be credited for introducing legislation to ban smoking in public places, noting that the measure has helped to slow lung cancer-related deaths in Jamaica.

Dr. Aung, who was speaking at a Think Tank at the agency’s Regional Office in Montego Bay, St. James, recently, said that while lung cancer is the leading cause of cancer-related deaths in countries like the United States, the cases are relatively low in Jamaica.

Breast cancer is the leading cause of cancer-related deaths for women in Jamaica while prostate cancer is responsible for most cancer deaths among men.

While noting that there is no definitive data to prove that the no smoking in public places ban has reduced lung cancer, Dr. Aung said he strongly believes that the law has had an impact.

“We have done a lot of things here in Jamaica. We have introduced legislation as it relates to smoking prevention and we have also prosecuted people for smoking in public places. We have made some steps successfully and we have done some things in relation to smoking that some people thought would never have happened. Somewhere between 2017 and 2018 we have on record where even some visitors were prosecuted for smoking in public places,” he pointed out.

However, Dr. Aung said that there is no room for complacency, as there is increasing evidence that segments of the youth population are being drawn to the temptation of cigarette smoking.

Jamaica has banned smoking in all enclosed places, in workplaces and on public transportation; government buildings; health facilities; sports, athletics, and recreational facilities; educational facilities; areas specifically for use by children; and places of collective use such as bus stops.

According to the World Health Organization (WHO), cancer is a leading cause of death worldwide, accounting for an estimated 9.6 million deaths in 2018.