Man saves baby from fire - Loses his home in the process 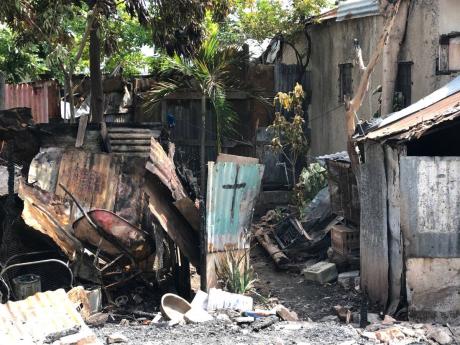 A home that was affected by the fire. 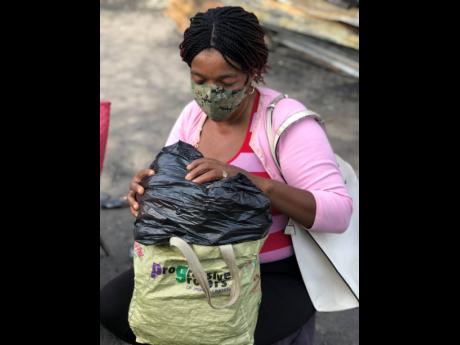 Aretha Bryan with all she has in her name, a plastic bag with clothes she received from her sister. 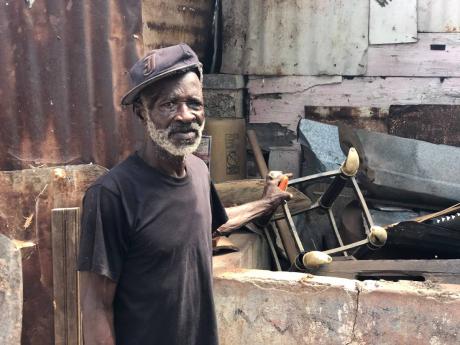 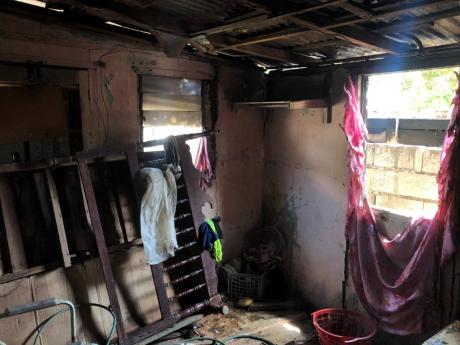 Dixon's one-bedroom house was destroyed by the fire.
1
2
3
4

Lance, a 28-year-old resident of Ramsay Road along Maxfield Avenue, spent 30 minutes trying to kick off a padlocked gate and a bolted door to save his neighbour's two-year-old son from a burning house on Sunday afternoon.

After rescuing the baby, Lance returned to the four-bedroom home in which he lived with his mother. But the fire had spread and the house was burnt to the ground. Five adjoining houses were also burnt badly, leaving neighbours uprooted.

When THE STAR team visited the community on Monday, Lance was not around as he tried to recover important documents that got burnt in the fire.

Aretha Bryan, Lance's mother, who was not at home at the time, told THE STAR that she heard that he was cooking when he heard a baby crying next door.

"When he looked over there, he saw smoke. So he ran over there to find out what was happening and the baby was trapped in a room. The door was locked with a padlock and the front gate was also locked," she said.

"It took him around half an hour to get the baby out. Dem time deh our house start burn and him nuh know. He got the child out and when he came back, fire was everywhere. He couldn't save a thing. Not even him ID him could save," Bryan added.

Bryan said that her daughter called her and tearfully told her that the house had been destroyed. She said that she and her six children are now homeless.

"All of them live here with me and now we have nothing. My sisters just came and give me clothes so this is where I'm at now. There were four rooms outside of kitchen and stuff like that. Everything gone! Nothing at all was saved. My son in high school , his uniform, book, bag and everything gone. It's really hard, but I am coping. I am a Christian and I know that God is able," she said.

Meanwhile, Hylton Dixon was inside his home and totally unaware that there was a fire. That was until he saw the flames ravaging his curtain.

"I have to run out. My bed gone, closet gone, my room mash up. I don't know what happened. Me did a try out it, but the fire did too big! Me couldn't manage it! Me just a hope somebody can do something for me because me nuh have nothing else," he said. "Me afi a throw water. From me see the fire pon me house top me a seh a it dis! The fire was spreading so fast. Last night me afi sleep outside because the whole place wet up and sappy and stink a smoke."