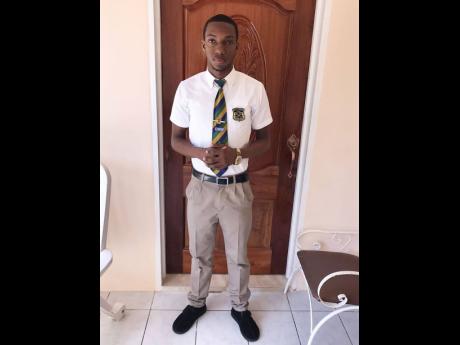 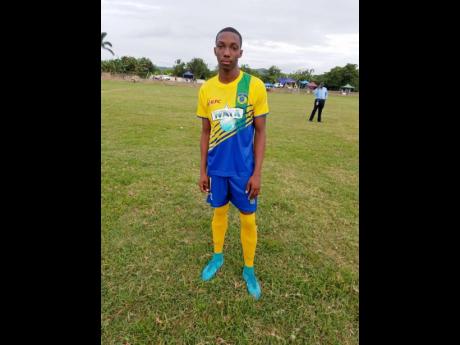 Raheem Graham, 20, outgoing head boy of Rusea's High School, has had his eyes set on studying overseas since grade seven. He is on the cusp of realising that dream, having received an academic scholarship from Bethany Lutheran College in Minnesota, USA.

Raheem, who has performed exceptionally in both academics and football, was accepted to read for a degree in human biology. With hopes of becoming a doctor, he was offered a 'partial merit scholarship', which covers US$23,530 of the $36,530 needed.

Graham is left to come up with US$13,000 (approximately J$1.8 million) to be paid in two instalments. The first half is due for the first semester on July 31, and the second half is due next January. The money covers food, housing, and books.

"My financial situation is kind of a hurdle between me and getting to Bethany. I reached out to a couple of the past students' associations, but they replied saying that they couldn't help. Therefore, I had to use a GoFundMe, which I set up about two weeks ago, to reach a goal of US$6,500. My parents are on board with the current situation and they are behind me in trying to raise funds," Raheem told THE WEEKEND STAR.

So far, the Logwood, Hanover native has raised $US3,100 - almost a half of the first payment.

"I'm still sharing it around, trying to get people to donate so I could fulfil my dream," he said.

Rhena Graham, Raheem's mother, says her son has always had an unquenchable desire for knowledge.

"From he was in first form he was saying that he would love to get a scholarship to study in America. He tried last year, but he did not succeed. And then he tried this year again. Even when I was telling him not to go too far because of the finances, he was just telling me that I want him to settle for little," she laughed. Raheem has two older brothers and a younger sister.

"After weighing the balance, I said I am going to support him. He has this push and drive, which I really love," his mother said.

Meanwhile, Raheem said that he intends to continue feeding his passion for football at Bethany.

"I play football and it has been really good. I won the daCosta Cup with Rusea's, as well as reaching the quarter-finals in the FLOW Super Cup and the semi-finals of the Ben Francis Cup. I play club football for Superstar FC from Hanover in the Western Confederation Super League, and I will also be playing football for Bethany this fall," he said. "I am seeking your financial assistance. I am only asking for help to pay for the first semester, which starts in January, as it is now a sort of emergency to get it paid."

Anyone who wants to assist Raheem Graham can make a donation to his account at CIBC FirstCaribbean, Savanna-la-Mar branch, account number: 1002247149, or his GoFundMe at https://www.gofundme.com/f/3d8db-tuition-for-first-year-of-university?ut....