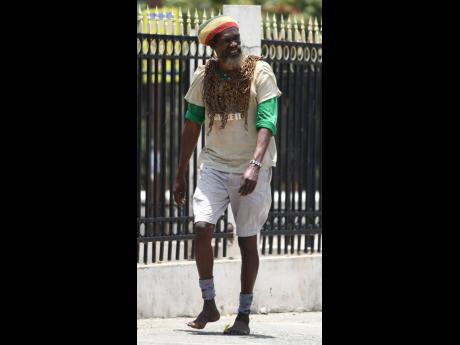 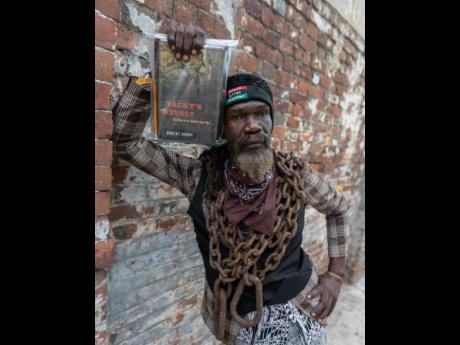 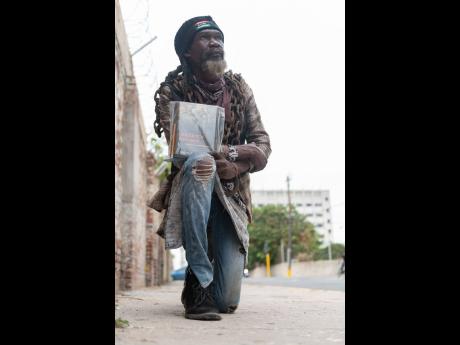 After walking barefooted for 13 years advocating for Chief Tacky to be a national hero, Derrick 'Black X' Robinson will be embarking on his 'farewell walk' on Friday, July 24.

The nine-day walk is scheduled to culminate on Emancipation Day, and will commence at the Tacky monument in St Mary.

From there, he will travel westerly to Montego Bay and on to Negril. To wrap up the historic journey, Black X will tackle the south coast and head back to Kingston.

"This is the 13th year of those walks. We call it the 13th anniversary. It will be for nine days. It is also my farewell walk like this. We won't be doing this kind of walk again, because now we have a book that symbolises what we were saying all along," Black X told THE WEEKEND STAR.

The book he refers to is Tacky's Revolt, written by Vincent Brown, a professor from Harvard University. This book, Black X believes, cements all he has been preaching for 15 years.

"We wanted him (Tacky) to be an household name and we have achieved that so far. Symbolically, I will put this book on the bust that is vacant. The last time I went there, I left a chain there symbolically. That bust should be reserved for Chief Tacky," he said.

While acknowledging that many Jamaicans may view him as 'mad' or 'idiotic', he replied "Ignorance has many excuses, but we don't give excuse to ignorance. Ignorance now has no excuse."

He added, "Our focus is on promoting the book and encouraging all Jamaicans to get a copy of the book. We are saying Tacky is a global phenomenon, so we are asking the Government to make Tacky a national hero and give us that platform to promote him internationally. For Tacky to be a national hero, that is a political decision that will be made by the Government."

But the end of his eye-opening walks is just the beginning of his music career, as he plans to walk to the studio.

Nonetheless, he will still honour Chief Tacky. One way is by wearing an 18 foot-long chain. A regular person would view it as a pointless, heavy and rust object, but it has a deep significance for Black X.

"The symbolism of the chain right now is that it is a gift from my friends in the hills in Annotto Bay. They said 'We have a chain that we think dates back to 1760'. The chain is 18 feet long. When you think of the message of what it represents and what you're trying to echo, it feels like I'm doing justice to my existence," he said.

He also has big plans for his wedding. Black X was supposed to tie the knot with his fiancee Nickevia Hines on March 31, but this was delayed because of COVID-19.

"As far as the wedding is concerned, when I finish this walk, we will revisit our future and focus on our most immediate obligation. But whenever the wedding will be, so many people want to be a part of it. We want it COVID-free and we want everybody to be a part of it to experience it," he said. "It will be grand."