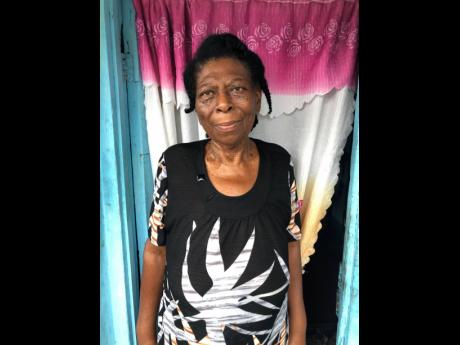 Sonia Emmings' life took an unexpected turn in 2013 after her husband, the breadwinner of her household, suffered a stroke.

While she continues to nurse him back to good health, she also struggles with pre-existing health conditions - having two heart attacks in the last seven years.

"The first heart attack, I go to the clinic and come back and a iron out some clothes. And me just feel a bad feeling come over me. I fell down and people rushed me to KPH. Doctors said it was a heart attack. That was seven years ago. Three years after, it come back ... me have a next heart attack," Emmings, 66, told THE STAR. She says taking care of both herself and her husband is extremely difficult.

"My husband is inside lying down. Him get a stroke and now he's walking with a stick. Me used to sell a town, on Oxford Street, [but] I stopped, and my husband took care of everything. But in 2016 he had a stroke. He is still recovering and has to walk and draw his right foot. He used to work at a hardware but him cyaa work again. So now, I have to make ends meet. Hurricane season coming up and I don't have anything. I just have to trust God," she said.

Emmings, who has been living in Rose Town, Kingston, for more than four decades, has been told by her doctor to tread lightly, as she is in a vulnerable state as it relates to her health.

"Me have high blood pressure. When it too high, me bleed through me mouth and me nose. It has been like that after I had my last child in 1985," she said. "Sometimes me just feel a warmness come over me, by the time me look, blood a come through me nose and me mouth. Most times, dem seh the danger gone already, because if the blood stay inside, me gone."

She frequents the doctor for continuous check-ups. She says she is not afraid - she's leaving her health in God's hands.

"I went to clinic Thursday, and the doctors say I must do some tests to see if something wrong with the heart. Anything is anything ... if God seh me fi go home, me caa stop it. And if him want me to live some more years fi praise him and serve him, I will be here. I just trust in God because him always a hear me cry," she said.