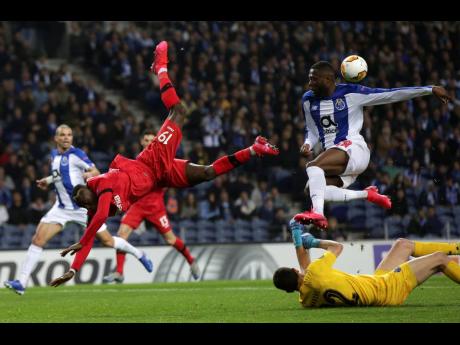 The Portuguese league will resume this week as European football continues to make its gradual return amid the coronavirus pandemic.

After the Bundesliga and some other minor leagues resumed, Portugal get back on the field today with leader Porto visiting Famalicao in a game that has already raised concerns among local authorities after fans said they plan to gather outside the stadium.

Authorities were worried after members of a Porto fan group said they planned to make the trip to nearby Vila Nova de Famalicao to support their team, even though no fans will be allowed inside the stadium.

"There shouldn't be any fans outside the stadiums," Graca Freitas, Portugal's health director general, said Monday. "We don't want people gathering at cafes or places where the games will be shown on television. The virus remains out there. It hasn't disappeared.

"The rules still must be followed," she said. "The restart of the league is an important step, it took a huge effort. Now we have to ensure that the season ends safely and that nobody gets infected because of football. Social responsibility must prevail. We are not going to risk everything that we have achieved so far."

The fan group said about 300 supporters were expected to make the trip but they would all follow the health safety measures established by authorities. Local restrictions in the region, however, determine that gatherings of more than 20 people are prohibited, and there are also limitations on the use of public transportation.

The fan group invited officials to provide specific measures for fans to follow while supporting their clubs at this stage of the pandemic.

There had already been controversy surrounding the league's return when the government said the league, clubs and players had to take responsibility for the consequences of the return to soccer in the country. It said they had to "assume the risk of infection" and "bear the responsibility" of all possible consequences related to the disease and to "the risk for public health".

Authorities even wanted those involved to sign a document agreeing to those terms, a request that ignited a series of complaints by players.

The players' union eventually reached an agreement with the government, which said it only wanted to make sure players and everyone else involved complied with the safety measures required for the return to competition.

The Portuguese league was originally scheduled to resume at the end of May but its start was delayed by a week so there was time to rigorously inspect stadiums and conduct medical tests on all professionals involved in the matches. Some venues did not immediately pass the inspections by health authorities and had to make changes before being re-evaluated.

All players were being tested this week before they could be cleared to play. Games will be in empty stadiums until the end.