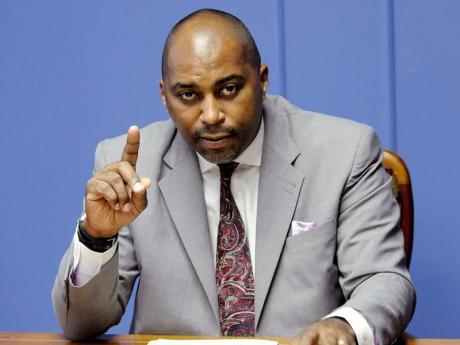 The People’s National Party (PNP) has joined with the citizens of the world who have been expressing their revulsion and abhorrence at the killing of George Floyd by the police in Minnesota in the United States.

The PNP says it will continue to fight to protect the rights of everyone regardless of race, colour, religion, language, or creed.

General secretary Julian Robinson says the party stands in solidarity with the increasing mass of peaceful protesters around the world, but especially those in cities throughout the US proclaiming that “Black Lives Matter,” in support of the movement to end racial discrimination.

He says it is disheartening that the many years of struggles and efforts of leaders like Malcolm X, Marcus Garvey, Martin Luther King Jr and others, it is evident that much more is required to fix the entrenched levels of the racial divide in America.

Robinson says many Jamaicans have made the US their home, and it is apparent from some of the images on television and posts in social media that many of them have joined the protesters in the various cities in expressing their disapproval of the continuing racial discrimination and excessive use of force towards members of the black community by law enforcement.

He says while the party stands in solidarity with the protesters in general, it does not condone the violence and destruction of properties, which have characterised some of the protests.

He says there is systemic discrimination all over the world, but until all manifestations of injustices and discrimination is resolved, there would be other episodes of the repulsive image of the killing of Floyd in the streets of Minnesota.

“Our own musical icon, Bob Marley, through the words of the Ethiopian leader Haile Selassie, had predicted many years ago that there will be no peace for humanity ‘until the philosophy which holds one race superior, and another inferior is finally and permanently discredited and abandoned’”.