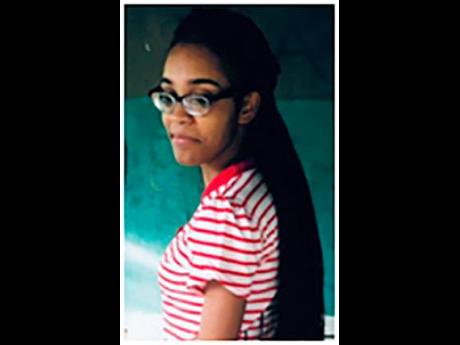 Merryl Barlow, mother of 15-year-old Abigail Riddle, who was reported missing in Clarendon a few weeks ago, is now relieved that her daughter has returned home safely.

Barlow, having gone through what she describes as a 'nightmare', told THE STAR that she now hopes Jasmine Deen, like many other missing persons, will be returned home safely.

"I can identify with how all parents who have missing children are feeling, in terms of how worried they are. They may not be able to eat, sleep. There is a million and one things going through their minds all at once and it's like the world was on top of my head; it is not a pretty feeling overall," she said. "For Jasmine Deen, my heart goes out to her family especially knowing her situation. Unlike me who have my child back, we don't know where she is and trust me, it is not a nice feeling to not know where your child is."

Abigail was reported missing on Sunday, May 17, and returned home last Thursday. Barlow shared what her life was like during her daughter's absence.

"From the day I gave birth to her to the day she went missing, all of that replayed to me. Remember this is a being that you carried around for nine months, so it's a terrible feeling," said Barlow. "I had sleepless nights. Even if I fell asleep in the evening, by two in the morning I'm up. When everything dead down, I just there with my thoughts and that's when the thoughts go wild."

She said that she was excited and happy when she got the call that her daughter was at a police station.

"I am hoping that there can be a group where parents who have missing children can meet, if it is even once a month, to support each other, because it is not an easy time," she said.

She told THE STAR that Deen is resting on her mind and she can only imagine how disheartening the situation must be for her family.

"When I think about Jasmine Deen, it pains my heart to know that she was in the middle of making something of her life and some wicked person decide to come interfere with her," said Barlow. "I just want her to be back home to her parents because trust me, nothing else really matters."

Deen, 22, a visually impaired student of The University of the West Indies, Mona, has been missing since Thursday, February 27.

Police have since charged a person who they believe used the young woman's card at an ATM. She expressed that as a parent, it is rather stressful to know that your children are not safe in places where they should be protected.

"As a parent, every second of the day, you're constantly thinking about your children because it is a very serious time," she said. "Right now, I'm still on edge because I don't want what happened to replay, and it should not have to be like this; everyone should care for another's child."